In the latest episode of stunt-based reality show Khatron Ke Khiladi 11, host Rohit Shetty introduced the first head-on task of the season. The task involved two contestants performing in pairs but still competing against each other. The task was based on jumping from one car to another which were hanging above a lake and collect flags without a harness. Two pairs performed this stunt; one pair was Sourabh Raaj Jain and Mahek Chahal, while the other was Anushka Sen and Shweta Tiwari. 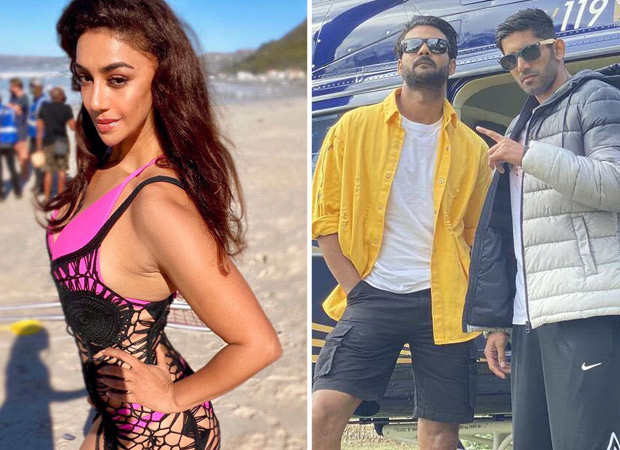 Saurabh and Shweta completed the stunt smoothly and emerged out as the winners. While Anushka Sen fell down to the water while performing so. On the other hand, Mahek who was competing with Saurabh aborted the stunt as she felt that she might hurt her jaw. The other contestants and Rohit Shetty also tried cheering her up to perform the stunt, but she could overcome her fear and sit down at the platform.

After she aborted the stunt, her co-contestants Vishal Aditya Singh and Varun Sood took a dig at her. Both of them advised her to avoid doing big talks and not flaunt her biceps and physique, and further asked her to better concentrate on her stunt first.

Post the stunt, Saurabh, Shweta and Anushka returned to the contestant's pad, while Mahek was still hanging at the platform. To which Rohit joking said that she wants to settle down in Cape Town only and that she'll build her house upside only. He even said that every season there is one such contestant like this who begins with giving suggestions to everyone in the first few weeks only ends up like her. To which all the contestants had a riot of laughter.