Monday’s episode of Kaun Banega Crorepati 13 started with the rollover contestant Sanchali Chakraborty, a pediatrician, from Kolkata. After she crossed the first ‘padhaav’ with the help of just one lifeline, she got stuck on the 11th question worth Rs 6.4 lakh. Then with the help of two lifelines she answered the question. 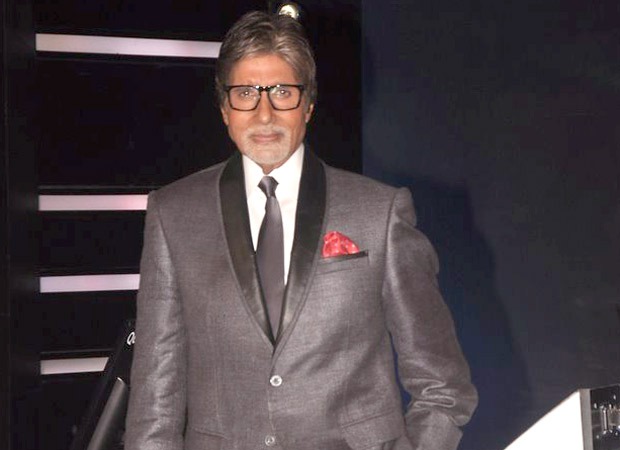 Sanchali was asked a mythological question for Rs 6,40,000 and as she had no clue about it, she used the Flip the Qustion lifeline. She was then asked a question from ‘Entertainment Field’, which she picked up as her favourite. Interestingly, the question that appeared next was related to the host, Amitabh Bachchan.

The question was, “Who was the producer, director and story writer of the 1969 film Saat Hindustani?”, and the options were: Hrishikesh Mukherjee, Khwaja Ahmad Abbas, Chetan Anand and Kamal Amrohi. Sanchali knew that it was Big B’s debut movie but had no clue about the film’s director, producer and story writer.

Then Sanchali used her third lifeline to answer the question, which is ‘Ask The Expert’. With the help of expert, she gave the correct answer, Khwaja Ahmad Abbas and won Rs 6,40,000. After the question, Big B shared an incident from the audition of Saat Hindustani.

He revealed, “When I went to audition for Saat Hindustani, Khwaja Ahmad Abbas asked my name. When I told him I am Amitabh Bachchan, he asked me my father’s name and I told him it was Harivansh Rai Bachchan. On hearing my father’s name, he asked me to wait outside and called my father. He thought I have come for the audition without informing anyone in the house. So, he called my father and clarified if he knew about it.”

As Harivansh Rai Bachchan knew about his son’s acting passion, he said Abbas that he was aware of the audition. And this is how Amitabh Bachchan got his first film Saat Hindustani. Though he couldn’t gain much recognition for the film, he continued to work hard and finally got fame with the 1973 film Zanjeer.

Kaun Banega Crorepati airs on Sony TV, from Monday to Friday at 9 pm.