Runa Saha, a 43-year-old homemaker and entrepreneur, hails from Kolkata is a mother of 20-year-old Debasreeta. By coming on KBC 12, she wanted to quench the hunger to do something in life and prove her mettle in the society. She always dreamt of earning respect and money but was oppressed by the difficult circumstances in life. 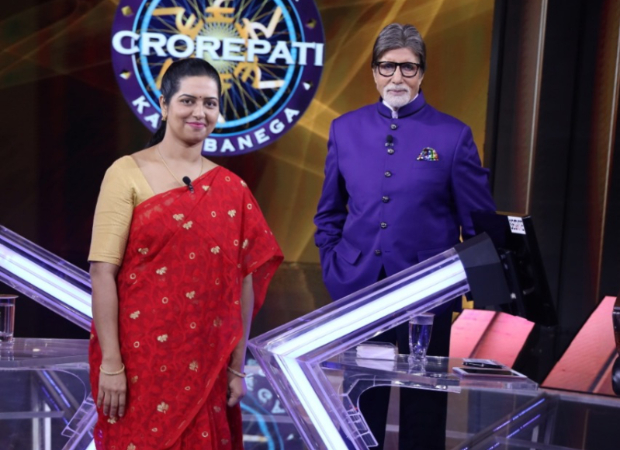 She has been in and out of hospitals and medical care because of multiple surgeries since a very young age. While she is a happily married woman with a loving husband and daughter, she has always yearned for an opportunity to be able to prove her capabilities. Currently, she is running her own business of sarees in Kolkata along with her sister-in-law and earns Rs, 3000 rupees monthly. She believes that her husband does not need her money. She is living a simple and healthy life but she has the will to prove her worth to everyone hence, she came on the show. Since 2001, she has been trying for KBC but she never received any call. Her husband used to laugh at her but this year she didn’t tell her husband anything until she had her interview. She believes that the show will help her earn the money she deserves and does not want her husband’s money rather, she wants to prove her capability by gifting him an Audi car by the money she wins on the show. Her husband is a huge fan of Amitabh Bachchan.

She shares a very strong bond with her daughter. Her daughter always encouraged her to participate in KBC. She wants to do charity and help people in need on the death anniversary of her father with the winning amount.