In the upcoming Shaandaar Shukravaar episode of Amitabh Bachchan hosted quiz-based show Kaun Banega Crorepati Season 13, John Abraham and Divya Khosla Kumar will be appearing as the special guests. John and Divya will be playing the quiz game with Amitabh Bachchan. Apart from that, they will be also sharing various personal things. 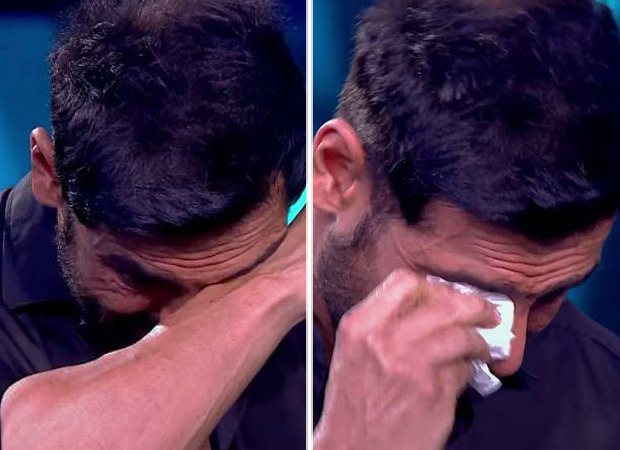 In the promo released by the channel, John can be seen recreating some action scenes from his film and showing some tricks with a football. Post that, John also lifted up his shirt to show his abs as the audience cheered. Amitabh teased him by saying, “Sirf mahilaon ki awaaz sunayi di (I could only hear the women).”

Post that an emotional moment happened on the show as John was seen breaking down into tears while the reason of it has yet not been revealed.