While it is a known fact that Kartik Aaryan is quite popular among the masses after his various box office successes, he is also enjoying his time out with practically all Gen X actresses. Incidentally, he the only actor in B-town right now who has worked with all new promising debutantes, right from Sara Ali Khan (#Aajkal), Ananya Panday (Pati Patni Aur Woh), Janhvi Kapoor (Dostana 2) to Kiara Advani (Bhool Bhulaiyaa 2). Next up, the teen heartthrob is all set to pair up with Tara Sutaria. 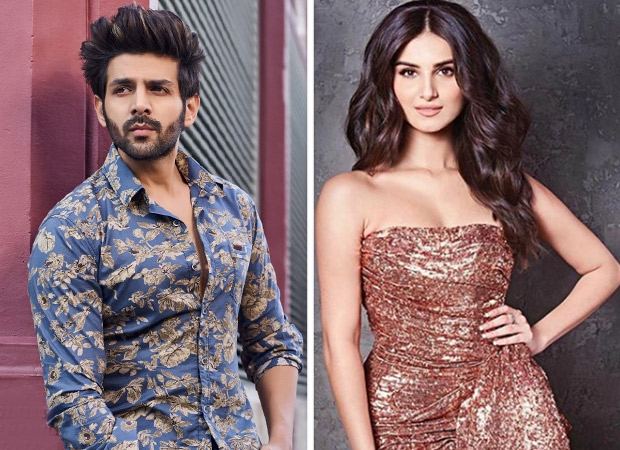 The Student of The Year 2 star will be seen with Kartik Aaryan in a new deodorant commercial. After the success of SOTY 2, Tara has been making heads turn and no wonder; she has been roped in to endorse a deo along with the Kartik Aaryan. This is the first time Kartik and Tara will be seen together and the two young guns are expected to set the screens on fire with their sexy deodorant ad. Though they will be seen in a commercial, we hear that the two will ooze a lot of oomph and chemistry, which will make audiences ask for more!

Just recently, Kartik also shot for a commercial with the living legend Amitabh Bachchan. That further signifies his popularity in the mad ad world and his fan base, especially females, can't get enough of him. As for Tara, she is already gearing up for her second big release, Milap Zaveri's Marjaavaan post which she would be seen in Sajid Nadiadwala's RX100.