She's only one-film old, but she's everywhere these days! We're talking about TV beauty Tara Sutaria who made her first step into Bollywood with Karan Johar's Student Of The Year 2. The film might not have grabbed the best reviews, but Tara sure grabbed the limelight. From endorsements to magazine covers, she is slaying everywhere. Latest, we stumbled upon the September cover of Exhibit magazine, graced by Tara. 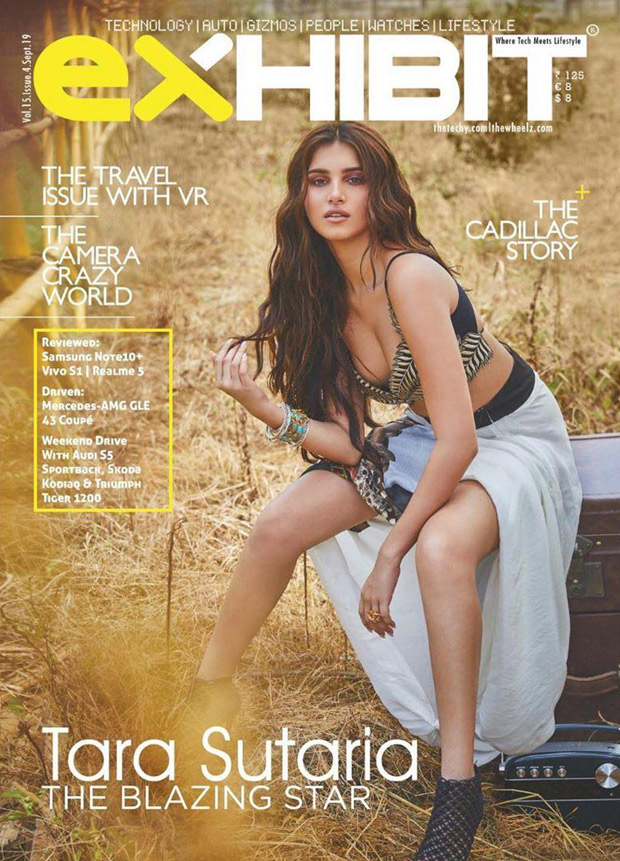 'Less is more'. The cover totally testifies to that. Tara's white skirt and striped minimal top are a perfect complement to her beauty while the wavy, open hair, nude makeup and almost nil jewellery has only enhanced her charm. She appears to be posing in the midst of a jungle, for the travel issue of the magazine.

In her debut film, Tara played Mridula Chawla, the heartthrob of an entire college. She will be next seen in Sidharth Malhotra and Riteish Deshmukh's Marjaavaan, though we do not know much about her character yet.

Apart from that, Tara has also signed Milan Lutharia's Tadap. The film also marks the much-discussed Bollywood debut of Suniel Shetty's son Ahan Shetty, and will be backed by Sajid Nadiadwala.