Last Updated 24.02.2020 | 11:00 AM IST
feedback language
follow us on
Home » News » Bollywood Features News » Kartik Aaryan injures himself while performing a daredevil act on Dance Plus 5

It's no doubt that our dance-reality shows are no less than stunt shows. The amount of lifts and jumps done effortlessly by some of our talented contestants on the show makes our jaw drop in amusement. But looks like Kartik Aaryan is someone, who wasn’t ready to just be amused by the performance but also try his hand at it. Recently Kartik Aaryan and Sara Ali Khan visited the dance-based reality show- Dance Plus to promote their upcoming film Love Aaj Kal. The show has some amazing performances and is supervised under the keen eye of ace choreographer and filmmaker Remo D’Souza. 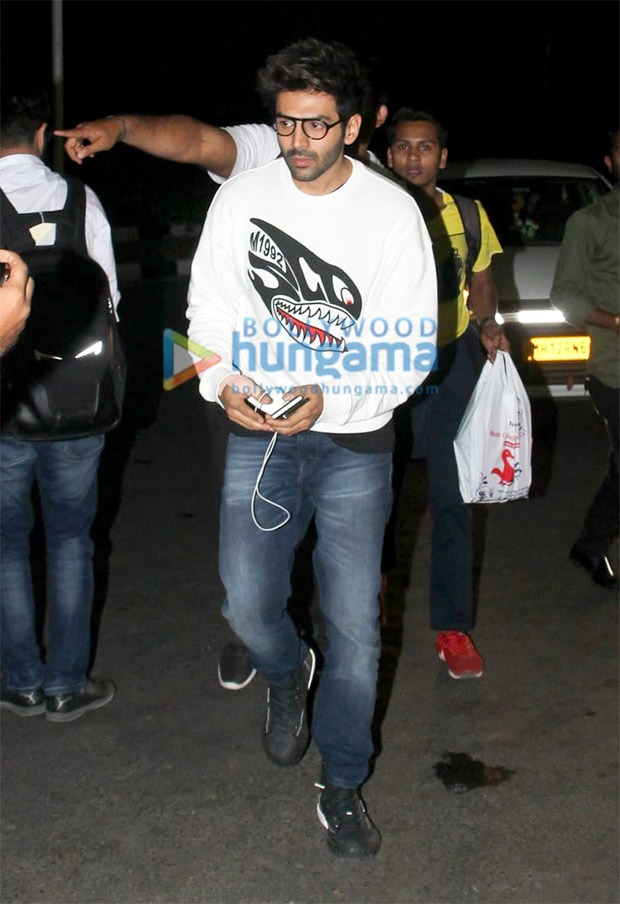 A brilliant performance by one of the contestants took everyone by surprise. The act had a lot of jumps from a prop which was moderately high for a stage-act. According to a source from the set, everyone were so surprised by the act that there was an open challenge posed for Kartik and Remo D’Souza to replicate some of the moves from the act. The source adds that while both agreed to do one daredevil jump on stage, Remo turned cold-feet last minute and didn’t take any risk. But looks like Kartik Aaryan decided to go ahead and do the jump. 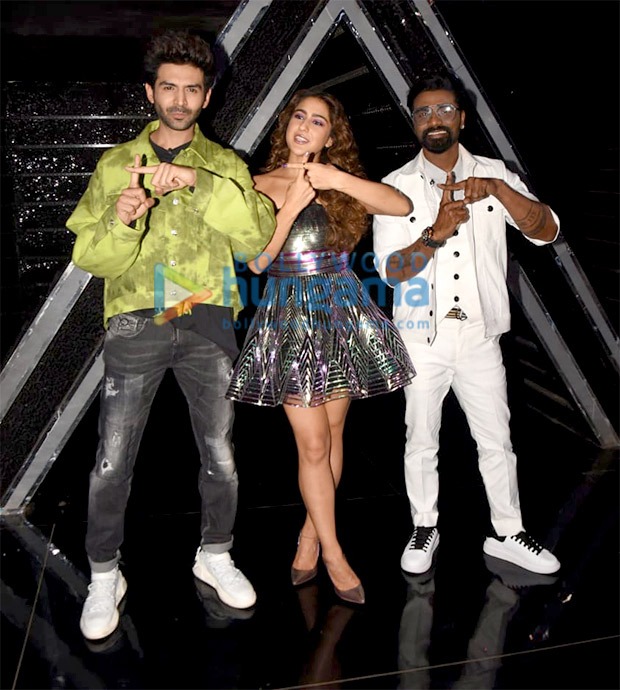 “Kartik took the leap and did the jump from the given prop. While he did it perfectly and everyone started cheering and hooting for his daring step, he injured his thumb in the process. It was a minor injury where his thumb started giving him pain but the actor was all smiles and continued to cheer other contestants on show and have a good time. A physiotherapist was called immediately to attend the actor. Aaryan made sure that his injury didn’t disrupt the shoot and stayed thorough professional, ” says the source.

Kartik Aaryan is on a promotional spree for Love Aaj Kal and has been hopping from one reality show to another along with his co-star Sara Ali Khan. Directed by Imtiaz Ali, the film is releasing on February 14, 2020.