Whether it is a lunch date or a bash, we know that Karisma Kapoor and her girl gang comprising of Kareena Kapoor Khan, Malaika Arora and Amrita Arora are bffs for life and always stick together! This girl gang has always set new goals of friendship for years and yet again we saw them hanging out together, albeit without Kareena Kapoor Khan. While the latter is busy with intense work schedules, the trio of Karisma, Malaika and Amrita decided to meet up and needless to say there are photos galore of all the fun happenings. 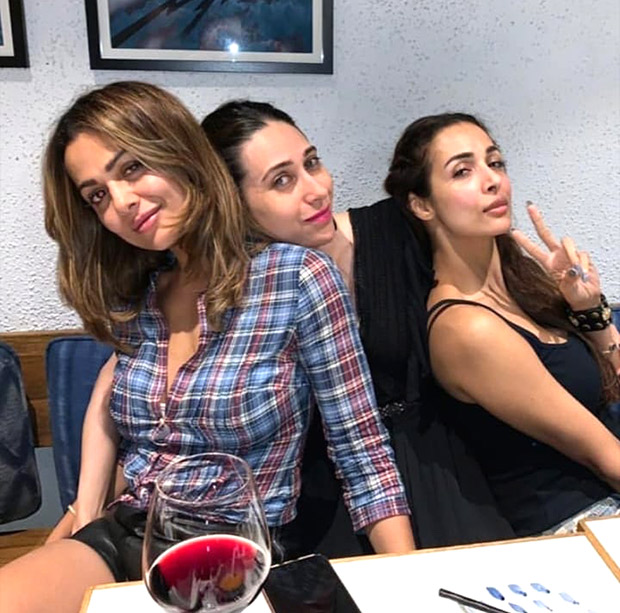 Karisma Kapoor parties with besties Malaika Arora and Amrita Arora and their photos are all about girl-gang fun!

Starting with the story that Malaika Arora posted on her Instagram page, this photo featured Karisma fondly kissing her bestie on her cheek. And the caption given by the actress read, “Girlie nights are the best.” While she was more than happy to tag her own sister Amrita Arora and Karisma Kapoor, present along with them was also none other than Amrita’s husband Shakeel Ladak. Going by the pictures, it is quite obvious that the four of them definitely had loads of fun. 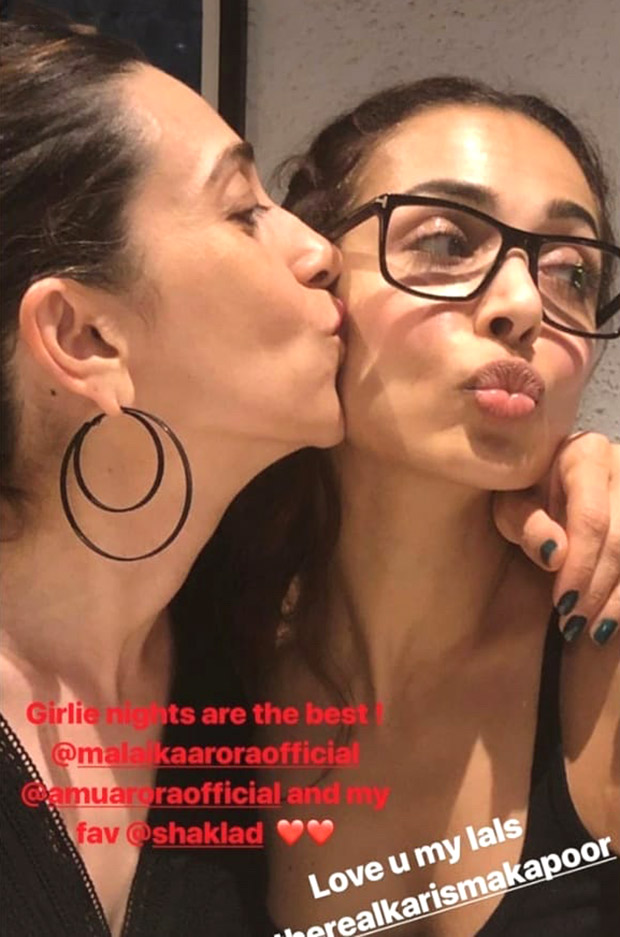 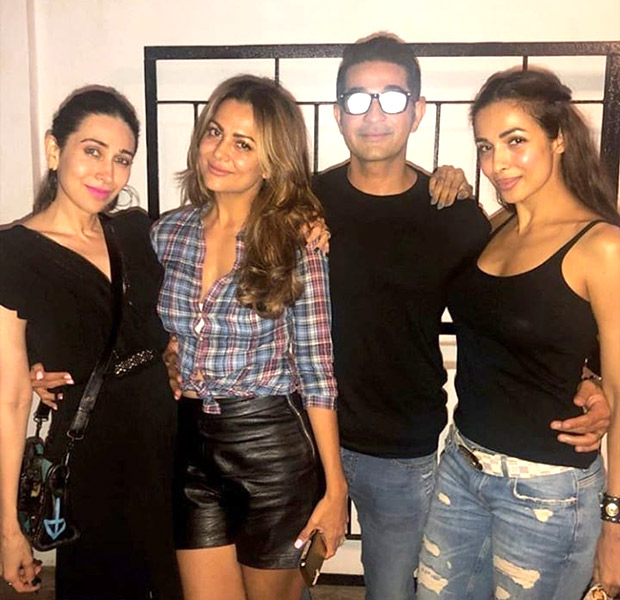 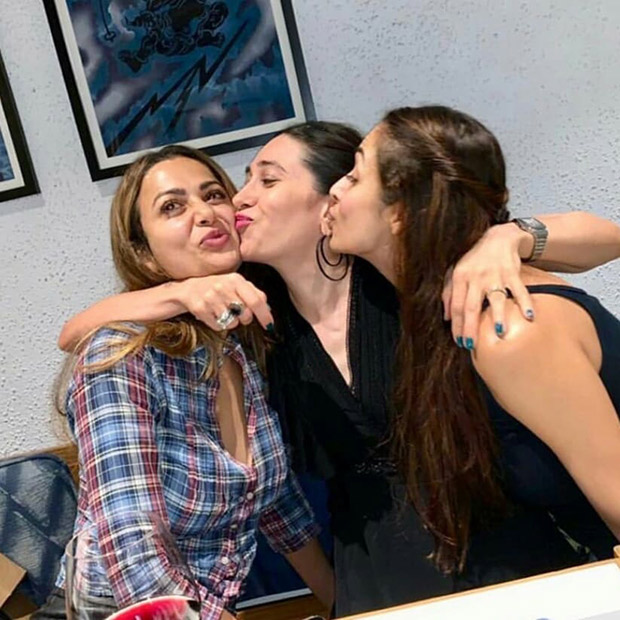 On the other hand, Kareena Kapoor Khan and Saif Ali Khan were recently seen in Europe enjoying a summer break along with their son Taimur Ali Khan in Tuscany. Post that, Kareena went to London to shoot for Angrezi Medium which also stars Irrfan Khan and Radhika Madan.

Coming to Malaika Arora, she has, of late, been in news for the marriage rumours with Arjun Kapoor. While Arjun has gone public regarding their relationship, Malaika and her beau has denied rumours of their marriage. As for Karisma Kapoor, she has returned to acting and recently wrapped up the shoot of her web-series titled Mentalhood, produced by Ekta Kapoor, where she essays the role of a small town mother trying to balance out work and personal life.

Also Read: Amidst marriage rumours with Malaika Arora, Arjun Kapoor CONFESSES that marriage is a good option but one doesn’t have to hurry!