Kareena Kapoor, who turned 41 on September 21 shared a romantic selfie with hubby Saif Ali Khan. The couple along with their two kids, Taimur and Jehangir Ali Khan are vacationing at an undisclosed beach location. 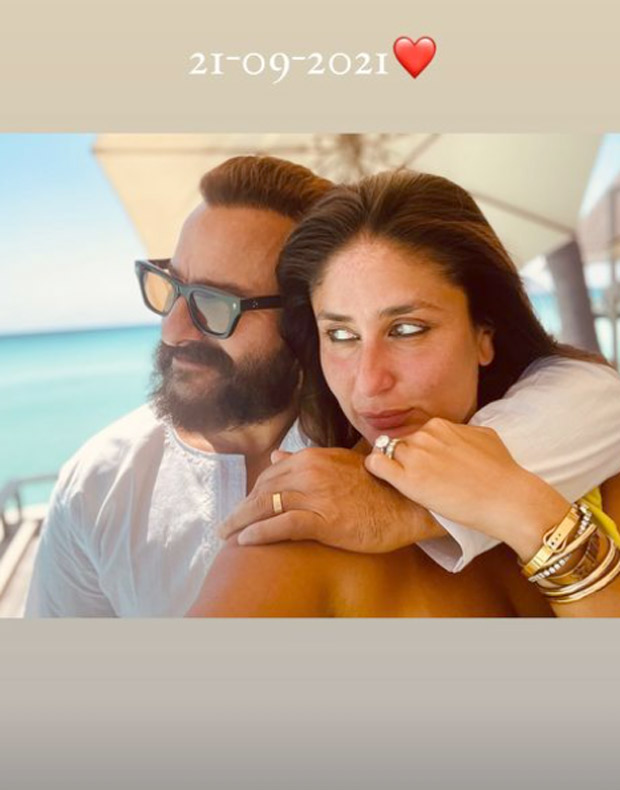 On Tuesday, Kareena took to her Instagram story to share the photo, where the sea can be seen in the background. Saif was wearing his trademark white kurta but Kareena’s outfit was unclear. In the caption she wrote toady’s date.

The actor is quite active on social media and often shares glimpses from her fun time with family. Recently, she shared a picture that showed Saif and Taimur on a boat in the distance, and another that showed Jeh crying for his toy. While “Forever mood,” she wrote in the caption of the second picture, the first picture was captioned, "Once upon a time on an island."

On the work front, Saif was most recently seen in the Disney+ Hotstar horror-comedy Bhoot Police, co-starring Arjun Kapoor, Jacqueline Fernandez and Yami Gautam. Kareena, on the other hand, recently shot some scenes for Laal Singh Chaddha, co-starring Aamir Khan.