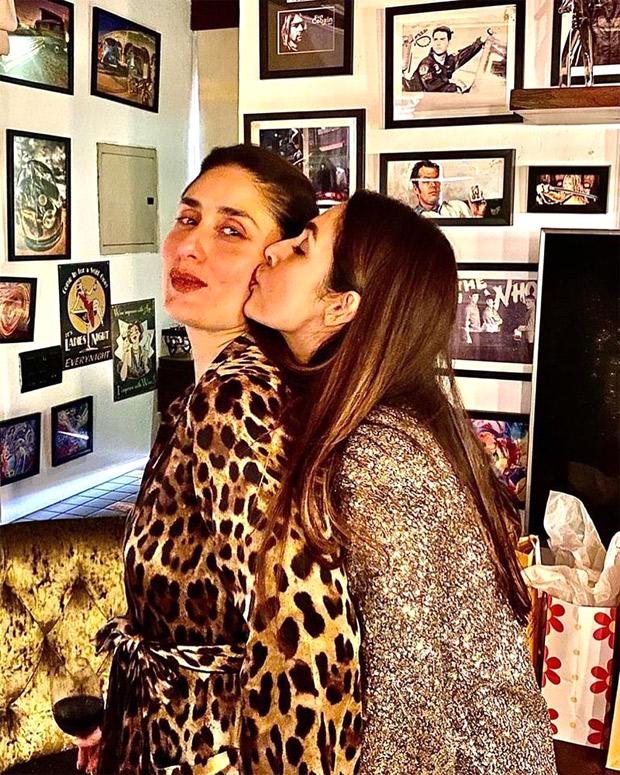 Now, Malaika, who was abroad due to work commitments, revealed through her social media story that Kareena has sent her the same delicious meal as her “welcome home" present. This is not all. The 3 Idiots star also received her stockpile of Mathris from fashion designer Masaba Gupta. 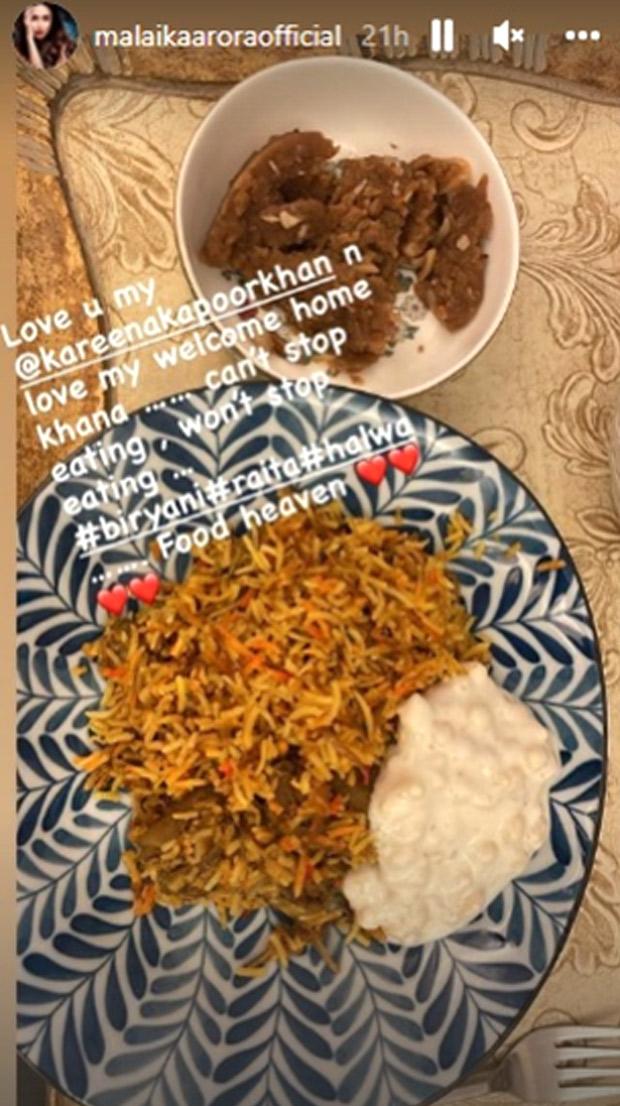 Recently, Malaika returned from the US, and the actress sent her this flavorful meal. Taking it to her social media stories, Malaika uploaded a picture of a delicious plate full of biryani and curd, and a bowl full of halwa. While posting the picture, she also composed a note and wrote, “Love you my Kareena Kapoor Khan and love my welcome home khana… … can’t stop eating, won’t stop eating … biryani raita halwa …. food heaven.” Malaika ended her note with lots of heart emoticons. 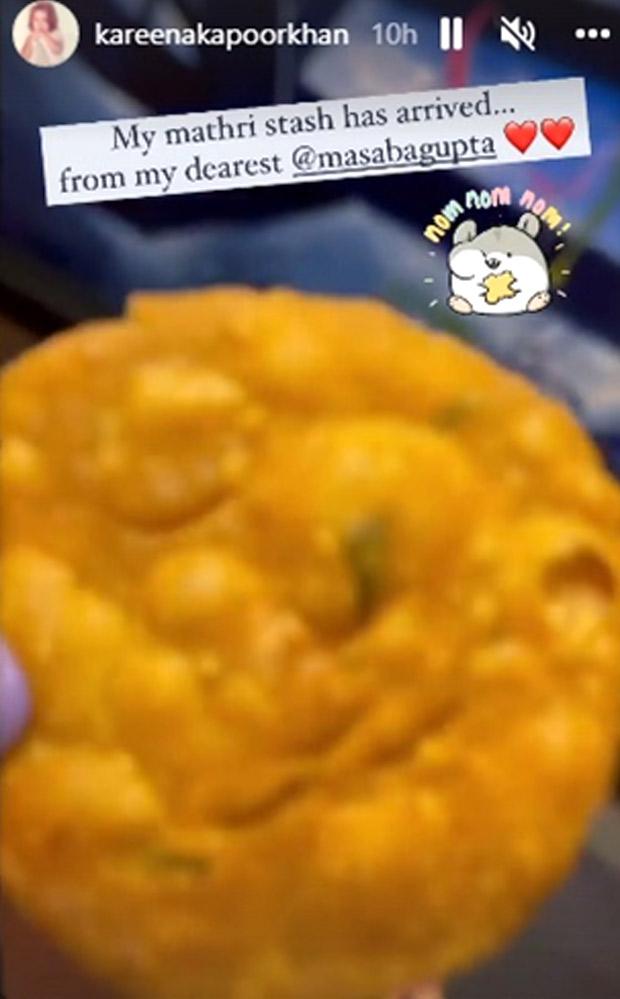 Acknowledging Malaika’s story, Kareena reposted it on her account and wrote, “Bffs who (eat) biryani,” and ended it with heart and biceps emoticons.

In the additional story, Kareena posted an image of snacks that Masaba sent her. As she held her phone with one hand, the actor showed off one piece of the snack that she can be seen holding in the other hand. While posting the picture, she wrote, “My mathri stash has arrived…from my dearest Masaba Gupta," the actress ended it with a couple of heart emoticons and she also added a sticker with the clip.

Meanwhile on Kareena Kapoor Khan's work front, the actress has announced her OTT debut in a Sujoy Ghosh directorial, which is said to be a screen adaptation of Japanese author Keigo Higashino's book The Devotion of Suspect X. She will next star in Aamir Khan's Laal Singh Chaddha.