Parineeti Chopra and Akshay Kumar are coming together for the first time in Kesari and are currently busy in promoting the same. The two actors recently shot for the forthcoming episode of The Kapil Sharma Show where they were seen having a gala time. In the recent promo that has been shared on the official Instagram page, we can get the glimpses of the on the sets fun! 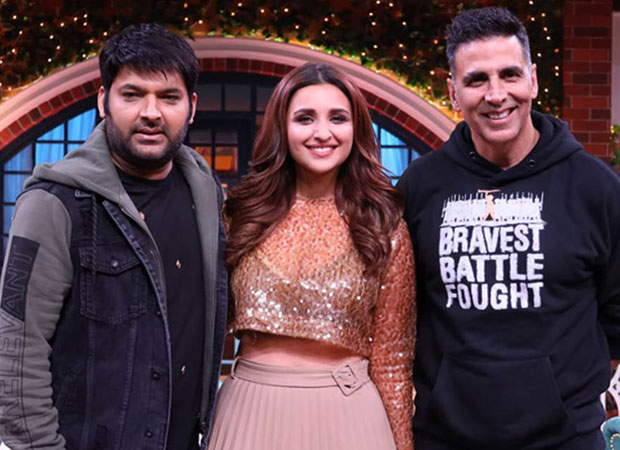 During the show, reports have it that Parineeti Chopra also spoke about the high profile wedding of her Mimi di aka Priyanka Chopra with Nick Jonas. She revealed about how her jiju is quite generous in gifting. She spoke about she got shagun cash [money given as a part of Indian tradition] and how he gifted her diamonds too. Besides that, the actress made an interesting revelation about Nick Jonas’ friend flirted with her.

As per recent reports, when the actress was asked if she had anyone flirting with her during the Priyanka Chopra and Nick Jonas wedding, she replied that there was her brother-in-law’s friend who was flirting with her but she didn’t give him any ‘bhav’.

On the other hand, Parineeti Chopra also spoke about working with Akshay Kumar on the show wherein she was impressed by his punctuality but at the same time she also knew that she had to follow this disciplined lifestyle throughout the shoot. She stated that Akshay would often come and stand outside her vanity van for her to finish the makeup and so that they both can start shooting.

Parineeti Chopra plays Akshay Kumar’s deceased wife in Kesari and the actress is expected to feature in scenes where he reminisces about her. The film celebrates the courage of Sikh soldiers who despite being a small platoon fought a huge army of Afghani tribes in the Battle of Saragarhi. It hits the big screen during the occasion of Holi on March 21.

Also Read: Akshay Kumar hopes after Kesari, this chapter of Battle Of Saragarhi is added to history books