Farah Khan is not just known as a popular choreographer but is also known for her wit crackers. So when she arrived as the guest on The Kapil Sharma Show, it doesn’t come as a surprise that the episode was a laughter riot. The choreographer turned filmmaker came for the show as a part of the Mother’s Day special since she herself is a mother of triplets. Farah, obviously in her elements, not only had jokes but also some interesting anecdotes to share about the Khans – Salman Khan and Shah Rukh Khan! 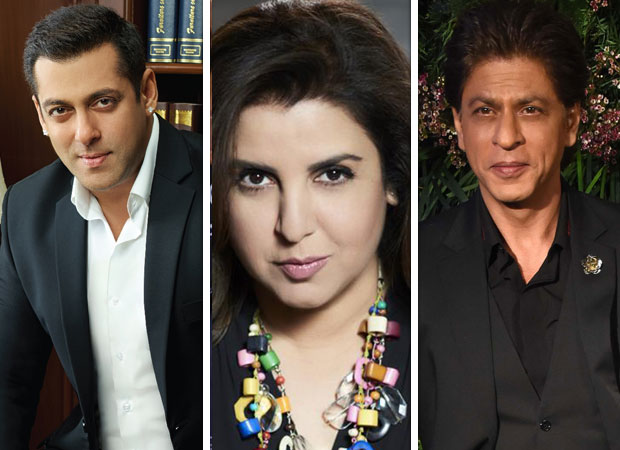 Considering the fact that she shares a great camaraderie with the bigwigs of Bollywood, it hardly comes as a surprise that Farah Khan has trivia in abundance. Speaking about the same, Farah reminisced about the time Salman Khan made his debut. No, we are not talking about Maine Pyar Kiya but Biwi Ho Toh Aisi. The episode featured Farah revealing that Salman Khan learnt the back flip for the film in two hours and she was mighty impressed by him.

On the other hand, we also know the ups and downs of Farah’s friendship has gone through with Shah Rukh Khan. The choreographer and superstar are besties now as they let bygones be bygones! But did you know how old this friendship is? Farah revealed that she became Shah Rukh’s friend on the sets of his Kabhi Haan Kabhi Naa which released way back in 1994.

A post shared by Sony Entertainment Television (@sonytvofficial) on May 12, 2019 at 6:06am PDT

Besides that, the episode also featured the lead cast of the TV soap Patiala Babes which includes Paridhi Sharma and Ashnoor Kaur who come as guests as a part of the Mother’s Day special!

A post shared by Sony Entertainment Television (@sonytvofficial) on May 12, 2019 at 6:06am PDT