Kapil Sharma and Ginni Chatrath got married on December 12 in a traditional Sikh ceremony in Punjab and later threw two reception parties for their friends. One party was organised in Punjab for their local friends and another one was for Kapil’s industry friends in Mumbai. Deepika Padukone and Ranveer Singh attended the party and made it memorable with their zany performances. Looking forward, Kapil and Ginni are in really wonderful space and the two took to Instagram to share a picture celebrating New Year’s Day. Both look happy in each other’s company and also hopeful about the coming year. Kapil went through a lot last year but he managed to end 2018 with full power. New Year is already looking up for him since he has launched his new talk show and has got great response for the same, already. Now, we look forward for never ending laughs on small screen from this King Of Comedy! 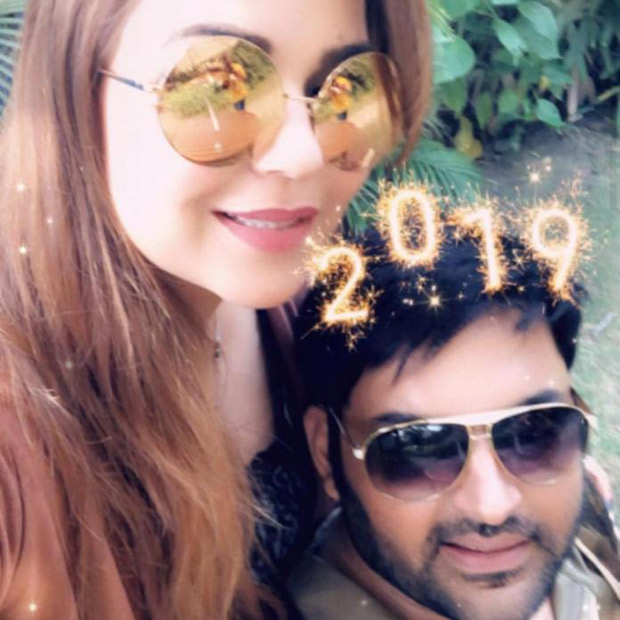 His New Year’s message read: “Thank u so much fr ur love n best wishes wish u all a very happy new year from me n @ginnichatrath .love u all.” First guests on Kapil’s show were Ranveer Singh, Sara Ali Khan and director Rohit Shetty. Salman Khan, Salim and Sohail Khan also made an appearance. Kapil battled with alcoholism and depression last year but managed to stand on his feet after working a lot on himself. He also maintained that it was Ginni who loved and supported him throughout in his bad phase and therefore he decided to get married to her.

Kapil’s new show started on December 29. He will shoot for few more episodes before taking off for his honeymoon with new wife Ginni.