Bigg Boss season 12 has finally ended and well, it was sure surprising to know that Dipika Kakar emerged as a winner of this season. The finalists along with Dipika were: Sreesanth, Karanvir Bohra, Deepak Thakur and Romil Choudhary. After Dipika lifted the trophy, the Bigg Boss 12 contestants partied together and ushered in New Year together. Sreesanth and Karanvir Bohra buried hatchet and ringed in new year together. Sreesanth was joined in by his wife Bhuvaneshwari who was a pillar of support throughout his journey in Bigg Boss. Srishty Rode and Megha Dhade too were part of the party. Though the inmates had skirmishes with each other while playing, they sure knew that they had to bury hatchet once they are out of the house. And that they did and partied like one big happy family. 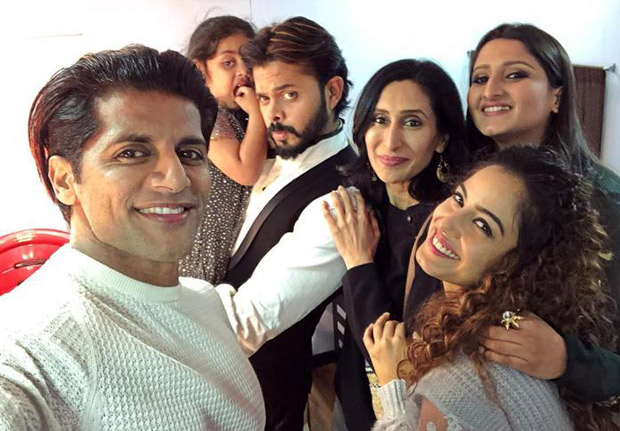 Sreesanth and Dipika were last finalists and though they considered each other like brother and sister, they were pitted against each other and ultimately there was only one winner. Dipika always mentioned that Sreesanth was her strength in the house and that she would not have survived without him. Check out the pics of Sreesanth partying with KV Bohra, Srishty and Megha.

Sreesanth and Bhvaneshwari hung out with Bigg Boss 11 fame Shilpa Shinde after the show since she supported Sree so much.