Ranveer Singh is currently gearing up for his first-ever biopic film and he will be portraying the role of one of the most admired Indian cricketer ever- Kapil Dev. The film chronicles the iconic win of India in the 1983 World Cup. Actor Ranveer Singh is essaying the role of then-captain Kapil Dev and on the occasion of the latter’s birthday today, the actor has shared some special gems from their sessions together! 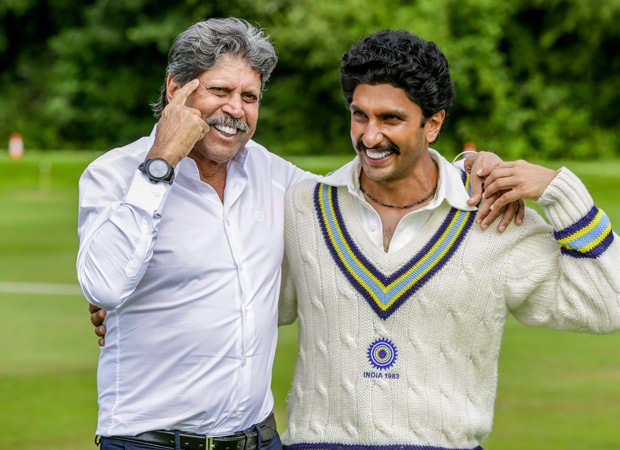 Sharing images on their twitter account, Phantom Films wrote, "Happy Birthday Legend! Thank you for showing us the way ❤????????You made us proud. Now it’s our turn...@83thefilm???????? #Thisis83 #HappyBirthdayKapilDev”

Meanwhile, Ranveer Singh to, took to his social media handle to share the images. He wrote, "Happy Birthday, Legend! Thank you for showing us the way ❤???????? You made us proud. Now it’s our turn.."

The makers also shared a video paying tribute to Kapil Dev. The video starts with Kapil Dev reminiscing about the match at Turnbridge Wells Stadium following which he briefly talks about how it felt to play and create history at the stadium where he was commemorated on the 10th of July 2019.

The film ‘83 traces the iconic win of the Indian cricket team at the 1983 world cup against West Indies as they made history and picked the World Cup for the first time ever. This movie is going to make hardcore cricket fans revisit the past for the ones who have seen this match and make each heart rush faster with every second for the ones who haven't witnessed the match.

Ranveer Singh, after days of hard work, patience and practice, has picked the legendary cricketer’s look and mannerism as neatly as someone could. Ranveer, for his role, will be seen aping Kapil Dev’s iconic Natraj pose, a still of which already went viral in the past. He spent ten days with the cricketer and made optimum use of it by playing for as long as eight hours every day, and bring as much perfection as he could. Directed by Kabir Khan, ’83 releases on April 10, 2020.