Last Updated 27.01.2020 | 9:27 AM IST
feedback language
follow us on
Home » News » Bollywood Features News » Kabir Khan is not the first BFF to fall out with Salman Khan 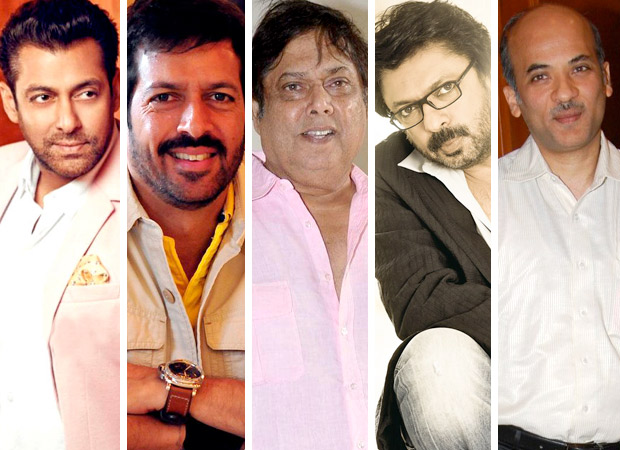 Salman Khan loves his friends. But only as long as they don’t reply back to his wishes which are as good as commands. He doesn’t take kindly to friendly arguments, no matter how reasonable. Once it is rumoured, he even slapped David Dhawan for trying to refute the great Khan’s will on the sets. And then there is this other very famous incident where Salman actually heckled Subhash Ghai in a public men’s room and showered the disgusted filmmaker with liquid largesse.

Both Dhawan and Ghai swallowed their humiliation and made up with Bollywood’s one-man industry? What choice did they have? Once upon a time Sanjay Leela Bhansali was Salman’s closest friend, along with Sooraj Barjatya. Both the famed filmmakers started their careers with Salman and went on become the superstar’s close friend and ally. Sanjay Bhansali made Khamoshi: The Musical and Hum…Dil De Chuke Sanam with Salman and then enraged the superstar by working with arch rival Shah Rukh Khan. Bhansali and Khan did make up briefly, long enough for Salman to do an extended cameo for Bhansali in Saawariya.

But the renewed friendship was cut short.

With Sooraj Barjatya matters were complicated beyond reason or rapprochement when the Barjatyas, pure god fearing vegetarians were dragged into the ‘black buck’ incident in Jodhpur during the shooting of Hum Saath Saath Hain. For ten years after that bitter experience Sooraj Barjatya did not work with Saman. But had to rekindle old ties to revive his banner’s glory with Prem Ratan Dhan Payo.

Another BFF who fell out of grace with the mighty Salman was singer Himesh Reshammiya. He made the same mistake of ….well, having a mind of his own. As a close friend of Salman laughingly says, “It’s not as if Salman doesn’t allow his friends to have a mind of their own. They are justy not allowed to express it.”

The latest fall-out with Kabir Khan happened during the shooting of Tubelight in Ladakh where Kabir did not react positively to all of Salman’s inputs. Says a source, “Nowadays Salman likes to have his say from behind the camera. He has become the director’s director. Most filmmakers accept the fact that when they sign Salman they bring his ideas on shooting, editing and post-production the set. Kabir, it seems, put an end to Salman’s ‘suggestions’. Many times the director let it be known he is not willing to be a yes-man.”

Says a source, “Kabir has not been seen at Salman’s residence lately. They will of course complete their film together Tubelight. But are unlikely to work together again.”

Salman’s latest blue-eyed boy is the Sultan director Ali Abbas Zafar. Ali has been signed to do the Ek Tha Tiger sequel. For those who came in late Ek Tha Tiger was directed by Kabir Khan. Until Kabir surrenders to the Salman theology of friendship (“I Am Always Right”) it is unlikely that the two will be seen working together after Tubelight.