John Abraham is gearing up for the release of his upcoming film Attack-Part 1. The film directed by Lakshya Anand also stars Rakul Preet Singh and Jacqueline Fernandez. Attack is a combination of sci-fi angle, high-octane action, and drama. The narrative introduces an earthbound super soldier played by John Abraham with ordinary human abilities who becomes a super soldier who can operate beyond normal human limits. John Abraham, Rakul Preet Singh, Jacqueline Fernandez, Lakshya Anand, and others graced the trailer launch event for the film, where they spoke about the making of the film. 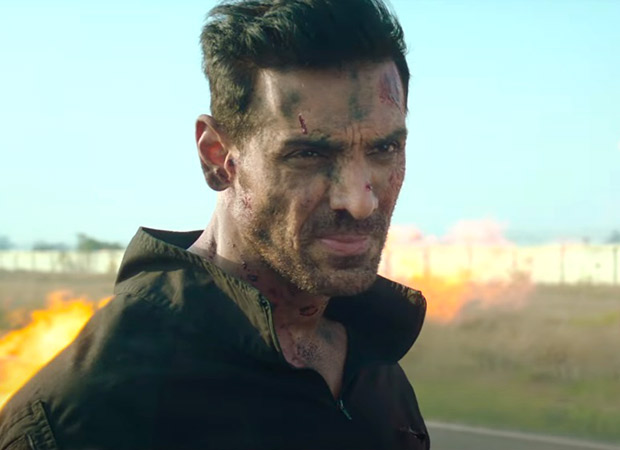 “I’m not in the race of charging the most or the least. When it’s your baby, you want the best product out. That’s the way you make a good film so that people come to see something that’s worth it. That’s how you build credibility. It’s an action film with a difference. Action, VFX, music, sound design done to the highest quality,” he added.

Calling Attack a different film, John said, "We wanted to make a film for today's generation. Youngsters these days play games like PUBG, and Mortal Kombat. I thought it was important to make a film like this because of its relatability. Like Eera (an intelligent robot assistant in the film), at home we have devices like Siri, Google, and Alexa. We relate with them. So Eera is not an alien concept. It is existing today. By 2023, Elon Musk, owner of Tesla, is getting something called as neurolink, a small chip that can be implanted in humans. So our film is a forward film, a cinema for new India. It was essential to make this film, as it is a game-changer”.

Attack-Part 1 directed by Lakshya Anand will be released in theatres on April 1.

ALSO READ: John Abraham on his upcoming film Attack: Part 1- “I would like to say on record that Attack is a damn good film”