On Sunday night, the students of Delhi's Jawaharlal Nehru University (JNU) were attacked by a group of masked men who reportedly carried out extensive physical assault, resulting in several students being seriously injured. As the nation broke out in protest of such attacks on students, Mumbai also witnessed a number of Bollywood stars including Anurag Kashyap, Vishal Bhardwaj and Farhan Akhtar joining a peaceful protest as a gesture of condemnation. 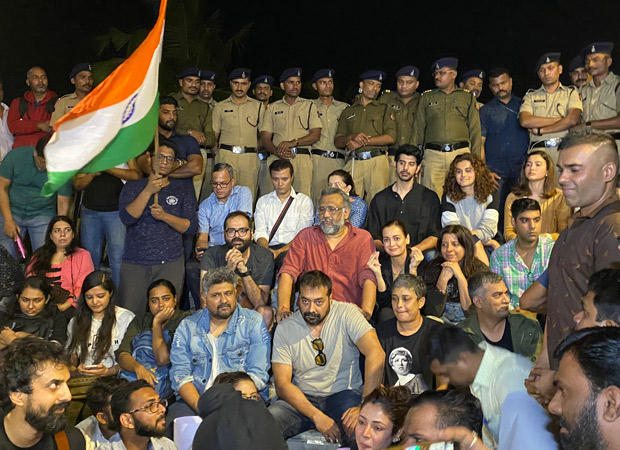 Various others, including Taapsee Pannu, Pooja Bhatt and Anubhav Sinha, were also present at the venue, to show solidarity. Several photos and videos from the protest are doing the rounds on social media. Check them out below.

What a turnout at Carter Road. Celebs are here to stand by the students of universities that were attacked #JNUattack #mumbaiprotest

The celebrities were seen holding placards and chanting slogans amid the crowd. A peaceful protest by Mumbaikars was also organised at the Gateway of India, which has now shifted to Azad Maidan.