The year 2018 will see the debut of late actress Sridevi and Boney Kapoor’s eldest daughter Janhvi Kapoor in Karan Johar‘s production, Dhadak. The film is the Hindi remake of Marathi blockbuster, Sairat. The upcoming actress has completed the shooting of her debut movie. The actress has definitely become paparazzi favourite. While shooting the film, she has grown closer to her Dhadak gang. 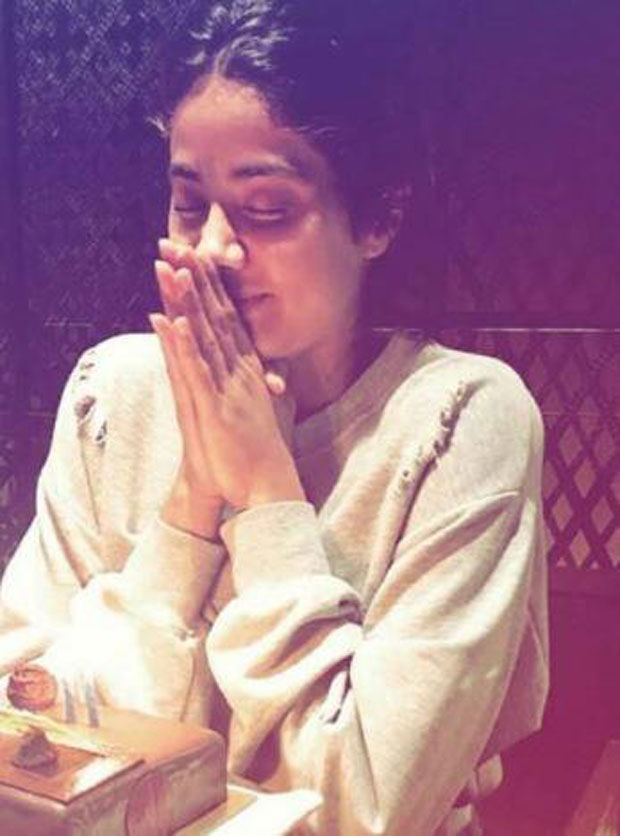 Recently, Janhvi Kapoor went for a dinner outing with her Dhadak gang. After the film's wrap, the friends met to just have a good time together. One of her friends shared an adorable photo of Janhvi praying before the dinner. She later posed with her gang for a group picture. For the casual outing, she wore a grey jumper with dark blue denims and sneakers. She opted for no makeup for the dinner.

Last night, Janhvi Kapoor was seen with her father Boney Kapoor visiting Arjun Kapoor’s residence. The family has been very supportive of Boney and the girls Janhvi and Khushi Kapoor due to the untimely passing of veteran actress, Sridevi. Not just that, Janhvi and Khushi have been bonding with Anshula Kapoor over dinner and spending quality time with each other. 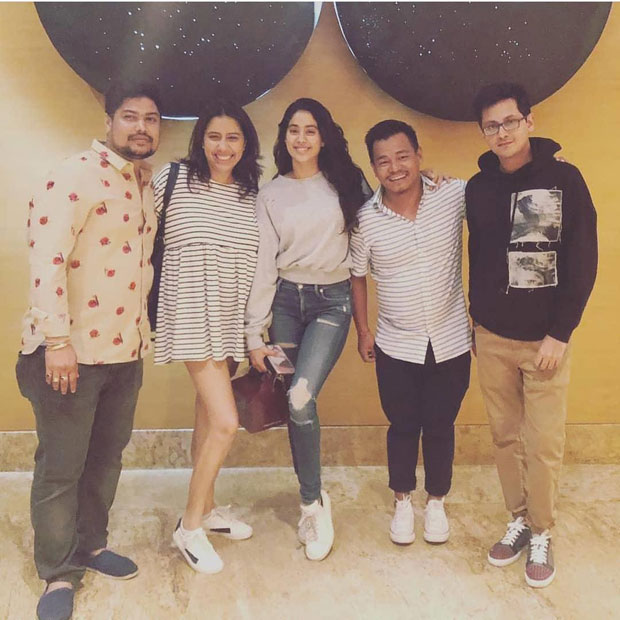 Jahnvi Kapoor will be making her debut with Dhadak opposite Shahid Kapoor’s brother Ishaan Khatter. Directed by Shashank Khaitan and co-produced by Zee Studios and Dharma Productions, Dhadak is set to release on July 6, 2018.

Also Read: DHADAK WRAP UP: Janhvi Kapoor and Ishaan Khatter get MUSHY in a gooey sweet post with Shashank Khaitan