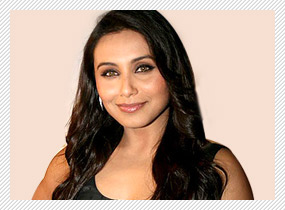 After being in the business of acting for 17 long years, releasing her much awaited Talaash and waiting to sign her next film, is direction on Rani Mukerji's mind? That's the buzz which is being heard in whispers as the leading lady reveals that she hasn't considered any acting assignment for some good time to come.

"Even after No One Killed Jessica Rani, took a long break and though Aiyyaa seemed like a quick-fix measure to erase the gap, the only film in which Rani would be seen for quite some time is Talaash. It is rather surprising that she has chosen not to do anything else. She may argue that Aamir too does only one film at a time but then he always has something in the pipeline when he is through with his ongoing film. In case of Rani, she has chosen none", says an insider.

Considering the fact that she has been known for being quite active on the creative front during making of her films (Aiyyaa and Dil Bole Hadippa are said to have seen good contribution coming from her), it would be hardly a surprise for anyone if Rani actually picks up direction.

However, a close associate of her denies that the actress is even thinking in that direction, no pun intended. She says, "All of that is mere speculation. Rani is only concentrating on acting and hasn't even given a thought to direction."

No wonder, Rani gives a hearty laugh when asked about her taking on the director's role, "Arrey nahi, not at all. Direction isn't something that I am looking at."

However what explains the fact that she hasn't signed any new film as an actor either? Says Rani, "There hasn't been an exciting offer. I have always maintained that I would do a film when I like my character and script; these two things are important. I cannot do two roles which are similar. If I don't have a change in look or character, people will get tired and bored."