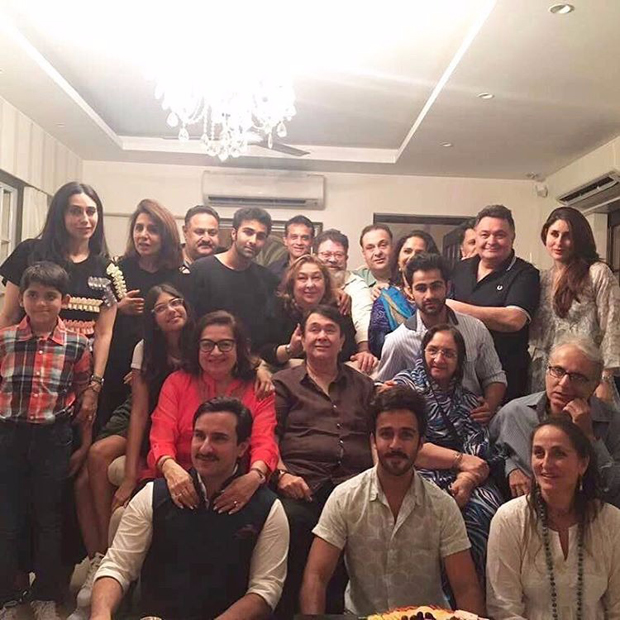 The Kapoor family milestones are always a grand affair. The Kapoor clan unites to celebrate every occasion in a grand way. As Kareena Kapoor Khan and Karisma Kapoor's mom Babita Kapoor turned 70, the family got together for a house party.

Meanwhile, Kareena Kapoor Khan will soon begin shooting for her next Veere Di Wedding. Saif Ali Khan will be seen in Raja Krishna Menon’s Chef which is a remake of a Hollywood film of the same name.