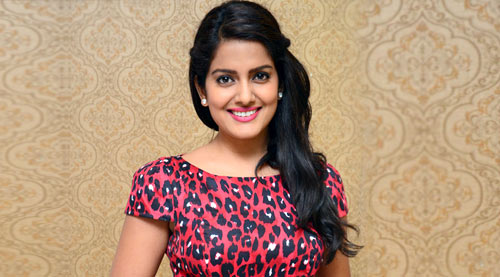 A spontaneous snub aimed at a lewd cyber bully who commented on her "boobs" on the social network has turned the pretty actress and entrepreneur Vishakha Singh into a national hero.


Speaking from Rome where she is currently to be found, supporting her venture-capitalist dad in the opening of a new branch of his global office Vishakha says, "Very honestly I am not the first girl to react to a lewd comment on the social network. Any girl in my place would do the same. I don't know why my comments invited such a strong support system from everywhere. Maybe because I am an actress. But my last release Fukrey was two years ago," says the pretty and talented actress who made her debut in Ashutosh Gowariker's Khelen Hum Jee Jaan Se, and soon gravitated towards South Indian films where she made a name for herself before venturing into film production with Anurag Kashyap for two films Peddlars and Haraamkhor.


Says Vishakha with a chuckle, "It's nice to see me trending above names like Brad Pitt, Sonam Kapoor and Varun Dhawan. But the intention was not to attract attention. By responding to a tasteless comment I was only doing what seemed right. I don't know why the public has responded so strongly. They are saying I am bold and brave when I was only being myself."


Vishakha feels not responding with sufficient vehemence to cyber bullies amounts to encouraging them to misbehave. "When this guy commented on my breasts I reminded him that all women including his mother, wife, sister have them. When someone insults you, you give it back, as simple as that there is no bravado in the act of preserving one's self-respect."


The spunky actress from Uttar Pradesh feels being ogled, leered and jeered at is an occupational hazard for all female entertainers. "There is also the additional responsibility of being active on the social network these days. As an actor I am required to have an official 'fan page'. Presumably it helps you to connect with your fans. My social-media team puts up pictures, sometimes I do it. People comment, mostly in a positive way. But sometimes I also get roasted. It's all part and parcel of the social media interaction."


Vishakha says she is willing to take criticism but not abuse. "I enjoy healthy banter. But not the lewd comment like the one that I got. If you go too far with your comment I'll chase you down. As simple as that."