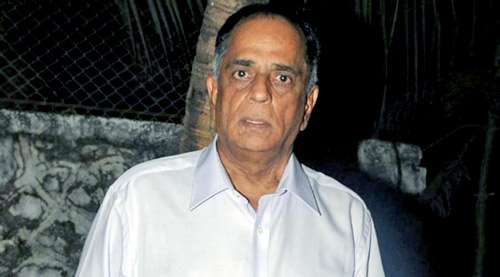 As Pahlaj Nihalani completes one year as chairperson of the Censor Board Of Film Certification (CBFC) he looks back at 2015 as a toofani year. "I was criticized, condemned, flogged and abused by the so-called liberals. Sanskaar and Sanskaari became dirty words. 4-letter words and expletives were sought to be legitimized. But I didn't buckle under."

Nihalani says he didn't try to play a hero of our culture to enhance his own image. "I took a stand against vulgarity and cheap imitation of western culture, even if I was seen as a fuddy-duddy, that was okay by me. I wasn't thinking of myself. I was thinking of future generations. Should they grow up thinking cuss words were a part of our sanskaar?"

Shockingly, Nihalani's move to clean out the censor board was opposed even by his own board members. "Some of them felt threatened when I tried to bring in a transparency into the workings of the censor board. The middlemen and touts who flourished earlier were completely
eliminated. They got together with disgruntled members of the censor board to malign me, make me out to be an ultra-conservative yes-man of the ruling government. Classified information was leaked to the press to belittle me."

Nihalani is not the least apologetic about his pro-government leanings. "Yes, I am a proud soldier of the BJP and I firmly believe Narendra Modiji is the present and future of the country. But I've a mind of my own. And I know what is good for the film industry, as I've been a producer for 40 years."

Nihalani won't be daunted by brickbats. "I was called sanskaari like an abuse, just because we reduced the length of the kisses in the new James Bond film Spectre. There were jokes about a sanskaari James Bond on Twitter. If I made James Bond sanskaari I am proud of it. As far as the length of the kiss is concerned the Indian distributors of Spectre were very okay with it. So why were others making a hue and cry about curbing the freedom of expression? The length of a kiss can't determine the extent of the freedom of expression."

The censor chief moves full-throttle ahead in 2016 with radical changes in the working of the CBFC. "We hope to introduce online certification from early 2016. There were hardly any complaints from producers about delay in certification in 2015 .There will be no complaints in 2016. As long as I am the chairperson of the CBFC I'll do what my conscience tells me is right. Brickbats have never bothered me. I won't buckle under pressure from vested interests."