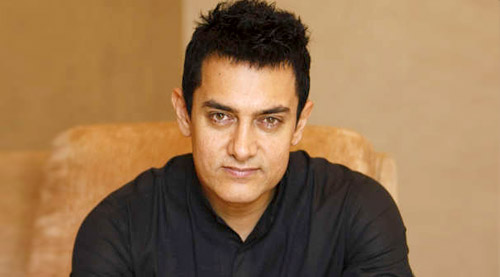 We all are aware of the filmy background that Aamir Khan belongs to. When he did Qayamat Se Qayamat Tak with Juhi Chawla, it became an instant hit and since then, started the journey of one of the most influential and powerful Khans in Bollywood. However, what people aren't really aware of is the fact that Aamir Khan belongs to a theatre background.


At a recent press conference for PK, Aamir Khan revealed about his struggling days and happened to mention that he had started his career with Gujarati theatre but as a backstage artist. He said, "Not many know that I started my career with Gujarati theatre. I used to be in backstage before and worked for a theatre group called 'Avantar', where Mahendra Joshi was the director. I did backstage for over one and a half years and my job included ironing clothes, arranging the props and costumes properly, sweeping the floor and serving tea among others. During my tenure there, we did a very famous play called 'Kheliya' where Paresh Rawal was a part of the main cast."


Whilst he did these odd jobs for more than a year, Aamir Khan further added that he came on stage for the first time as 'one' of the boys among chorus during his college days. He said, "When I was in NM College, I attended an audition for a Hindi inter-college play and was rejected in five minutes. Later, I saw yet another notice on the college notice board which was for a Gujarati play where they required someone for chorus. Since I wasn't fluent enough in Gujarati, I thought chorus would be good option since I have to sing with many others and decided to go for it and got selected too."


In fact, post that, Aamir Khan even gave the media a glimpse of his singing skills as he sang a few lines of the Gujarati song which he had sung in chorus during the play.