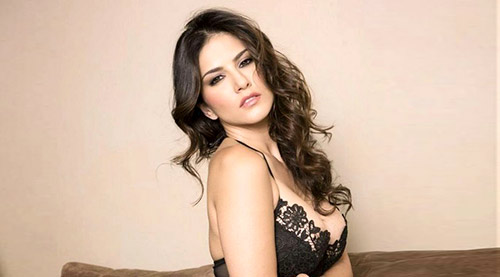 You turned 34 this year.How do you look back on your career in Bollywood so far?

Insanity! I love it, I have grown so much and learned so much. It's a world I never thought I would be a part of.

Your marriage to Daniel Weber is a success despite all odds. What is your secret recipe for keeping your marriage afloat in a world notorious for betrayals and

More than anything in the world we respect each other and with that love each other. And to be completely honest with you, we are like two teenagers discovering each

other all the time. Madly and crazily in love.

You've spoken to me earlier of the restricted acceptance you've found in Bollywood. Do you still feel ostracized and isolated?

Well I think those words are a little strong but I know I don't exactly fit in. But I'm ok with that. I want to work and do good work that's it. If I make friends

along the way then that's awesome and if not then I'm fine with that too. I have acceptance from my fans and they are the ones that keep me going.

A list heroes are told by their wives not to work with you. How do you react to that?

I don't care. I should be the least of their worries. I respect marriage and love more then they know. One day when they meet me they will see that.

Your film Mastizaade has been passed by the censor board. Your thoughts on this film?

I am so excited for this film. We all had worked so hard while shooting and it's finally approved. I know my producer and director had a trying time getting it

passed but with the grace of God it has. I believe people are going to love this film and will be laughing so much.

Mastizaade again takes you into the adult zone. Don't you pine to get away from that area and do something that would be acceptable to family audiences?

This is a comedy and I strive to make movies that I love. This film reminds me of the movies in the US and no one looks down on Hollywood a-listers for this and I

don't think Bollywood should either. It's entertainment and it's fun. I signed this movie right after Ragini MMS 2 so it's been something in the works a long

time. Some of my movies that are releasing this year are in the more serious zone. You'll just have to wait and watch!

What other films have you lined up for yourself?

I have One Night Stand and Beiman Love at the moment.

How will 'Sunny Leone' reinvent herself during the coming months?

I actually dislike the word reinvent. I never want to reinvent me, I love who I am. But what does happen very organically is I grow and evolve as human being,

actress and professional. So over the months, yes things will change but it's not something that is planned.

Finally, are you doing a role in Karan Johar's Ae Dil Hai Mushkil?

This is false information at this point. Please call Mr Johar about this.