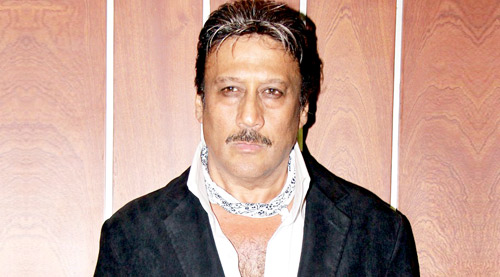 He has spent more than three decades in the industry ever since he made big waves with Hero. From playing a rebel himself to now playing father of Akshay Kumar and Sidharth Malhotra in Brothers, it has been one journey for Jackie Shroff who has been a contemporary to actors from the three generations. As someone who has grown up on 60s and 70s cinema, has lived the 80s and the 90s, and is now an active part of this side of Millennium, Jackie Shroff has pretty much seen it, done all and still raring to go.

"I have been in the fulcrum actually," smiles Shroff Sr., "I have seen Amitabh Bachchan, Vinod Khanna and Mithun Chakraborty. Then I have seen a whole younger lot coming in. 80s ek beech ka era tha. 60s and 70s era toh humne follow kiya tha. Paise udaaye hain screens par gaano mein. Phir khud itni pictures karin. Then Salman, Shahrukh, Aamir came - inko dekha hai. We come from that era where we have seen them all. Now aur bhi chote bachche aa rahe hain. They are absolutely fantastic. I have worked with Sidharth now and he is absolutely fantastic. Personally, I am happy to be known as Tiger's dad today."

Since he has lived the 80s which saw 'masala' entertainers rule the industry like never before, one assumes he must have been able to relate instantly to Brothers, considering the fact that the entire drama revolving around him pretty much appears to belong to the world of 80s.

"Yes, Brothers has a strong 80s feel to it. That is Karan (Malhotra) for you. His Agneepath remake too had a flavor of the 80s. The emotions, action, and songs - everything resounded of the 80s. Malhotra's specialty is in the way he projects his films. He brings in certain fullness in emotions. This is how Brothers plays out as well; it is a full bodied film," he says.

Elaborating on the film treatment and narrative, he adds, "You have a climax song in there. Then there is this background that is high on volatile emotions. While all of that is there, Malhotra has stuck to the emotions which never die. Bhaiyon ka emotion hai, baap-beton ka emotion hai. See, emotions can be retro or contemporary but they can never die. You can bring in all the special effects of the world but jazbaat toh kabhi marenge nahi."