Esha Deol is all set to make her return with digital space in the upcoming Disney+ Hotstar drama Rudra: The Edge of Darkness. She was last seen on the big screen in Tell Me O Kkhuda in 2011 and starred in the 2019 short film Cakewalk. The actress has been away from the spotlight focusing on family life, after marrying businessman Bharat Takhtani in 2012 and welcoming her two daughters Radhya and Miraya. But, the actress is now excited to be diving into OTT space and reuniting with Ajay Devgn. 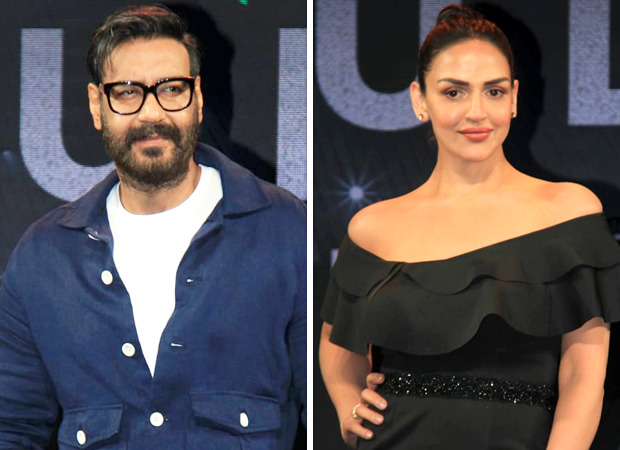 “I have always looked up and admired Ajay Devgn’s work” – Esha Deol on returning to acting with Rudra: The Edge of Darkness

“Rudra was something that I believe was a godsend. It fell into my lap at the right time. After having two babies, there was an urge to come back and be in front of the camera. Rudra was a perfect set-up with some amazing cast members and a brilliant story. I wanted to work on a project that would let me explore something new and engage me as a viewer as well. This series is a fresh take on the quintessential cop drama, with a grey overtone, something which has not been explored in the Indian context before.,” Esha Deol said at the press conference on Monday.

Talking about reuniting with Ajay Devgn, she said, “I have always looked up and admired Ajay’s work. With this show too, it was a thrilling ride to once again share the screen with my friend and co-actor, who, from the beginning of our shoot, eased me into being back in front of the camera. With Rudra: The Edge Of Darkness, I look forward to getting one step closer to the audience through my character and the show.” The two actors have previously starred in Kaal, Main Aisa Hi Hoon, LOC Kargil, and many more projects.

Esha also said that it is a great time for actors to be in the entertainment business with creative content coming their way. “This is a great time to be back in front of the camera as there are so many opportunities on various platforms. The roles that are designed are substance-oriented roles and characters that we always wanted to do when I was young but I was stuck in the teeny-bopper girl in most of my films. So I am glad there are some fantastic roles being written for actors of our age," she said.

The six-episode series is an Indian rendition of the globally successful British series, Luther. The series has a dark and complex narrative that is an idiosyncratic race-against-the-clock thriller delving into the psyche of highly-intelligent criminals and the detective who hunts them.

Rudra: The Edge of Darkness will be available exclusively on Disney+ Hotstar from 4th March 2022 in Hindi, Marathi, Tamil, Telugu, Kannada, Malayalam, and Bengali.

ALSO READ: Ajay Devgn on why he took so long for OTT debut with Rudra: The Edge Of Darkness: “When you are offered right subject, everyone’s ready to do it”