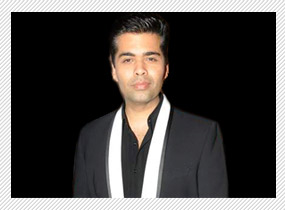 Right from Kuch Kuch Hota Hai to My Name Is Khan, Karan Johar has been known for making opulent movies. Each of these

films had boasted of a saleable element in the form of Shah Rukh Khan. However when a movie starring three rank newcomers (Student Of The Year) goes on to

boast of Rs. 35 crores budget (as per trade sources), that does raise eyebrows. Karan Johar says it all like never before.

On spending lavishly for Student Of The Yearâ€¦
When I was writing the film, everyone around me just told me to control my budget. Well, I tried doing that but then realized that I am a mad guy and my passion is cinema

where I can't compromise on frame taking. I wanted Nasir Hussain kind of entertainment with the film and that's the reason you see grandeur everywhere, whether it is

On this cost being spent on rank newcomersâ€¦
Yes, considering the fact that it is a film with an all-debutant cast, the film is indeed way more expensive than what it should have been. However I couldn't allow my

production to have any particular approach to these youngsters. You need to give new talent its due and hence I had to up the scale. The money has been spent and the

onus is on me to deliver.

On the risk associated with the filmâ€¦
My distributor friend Anil Thadani has good faith in me. He did the biggie Agneepath with me as well and now we are together on Student Of The Year. See,

I just wanted to make a film which I enjoyed working on. I wanted to launch two boys and one girl and as long as that wish of mine is fulfilled, I won't be thinking too much

about the money involved.

On continuing the trend for future films tooâ€¦.
I told you that I am not good at saving costs. I have to endure my own problems. (Smiles) Honestly, I am the worst director to be employed by any producer, including myself.

Watch Promo: Student Of The Year