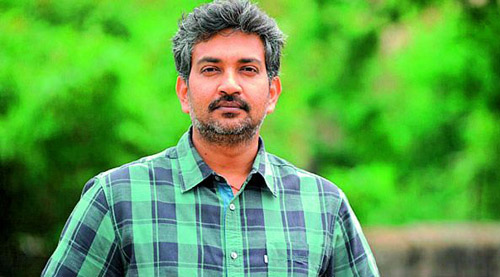 There are inevitable comparisons of box office figures between the two blockbusters of the monsoon season.


It is widely believed that the historic success of S. S. Rajamouli's Bahubali has diluted the box-office performance of Salman Khan's Bajrangi Bhaijaan (BB).


But Rajamouli, whose father the distinguished writer K V Vijayendra Prasad has written both the films, refuses to play the game of one-upmanship between the two blockbusters.


Says the jubilant Rajamouli, "As far as I am concerned both the films are blockbusters and that makes me a very happy person. Since my father is associated with both films I feel very proud."


Says trade analyst Amod Mehra, "BB has scored solely on its own merits. The presence of Salman Khan brought in the crowds. But as the film was good it became a super-duper hit."


Adds another trade analyst Atul Mohan, "The Bahubali factor doesn't seem to have affected Bajrangi Bhaijaan except for the south where Bahubali remained the first choice for many. But there also BB has performed very well. Both the films are different from each other."


Atul admits Bahubali was forcibly pulled down from many screens in the North India. "In North though Bahubali did exceptionally well in its first week which not many expected, the fact also remains that at many centers the film was committed for one week only due to Bajrangi Bhaijaan coming in the subsequent week."


Finally though Atul concedes a hit is a hit. "What makes us happy at the end of the day is that both films have done phenomenally well, made handsome money and we want all the films to perform well."