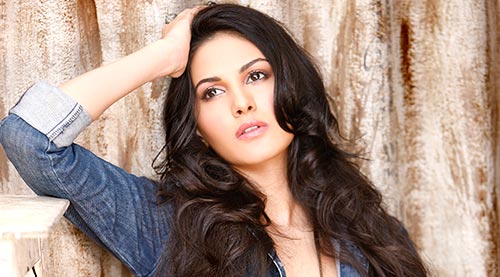 
Satish Sundaresan of Bollywood Hungama caught up with this actress for an exclusive interview.


Amyra, to start with, why such a long gap after Issaq, were you waiting for some particular opportunity to knock your door or were you involved in some other projects?

After Issaq, my film with Dhanush in the south required 120 days of my time, which kept me busy for a long time. After that, I got busy shooting for the mind blowing film that releases this week named Mr. X.


How did you bag the role of Siya Varma in Mr. X?

After the trailers of Issaq came out, lot of people started noticing me. But, after the movie got released, the film's producer Jayantilal Gada told me that Mukeshji (Mukesh Bhatt) had enquired with him about me and my acting potential. He told me to keep my phone totally free as I may get a call anytime from Mukeshji. Within just 20 minutes of him telling me this, Mukeshji called up and asked me to come to his office the very next day. When I went there, he narrated me a film's script, in which Emraan Hashmi was the hero. He also added that, even though he liked me, I will be selected for the role only if Vikram Bhatt liked me. And when Vikram saw me, he spoke to me for a while and narrated the full script. At last, he said that I will be the perfect choice for this role. I can't tell you how excited I was at that time!


What was your reaction when you were told that you would be doing the film?

I was very happy about the film as the film was a U/A certified film, with no sexual element in it, which happened to be my main concern. The reason being I am just 21 years old and I stay with my parents. They wanted me to wear a bikini, but I told them that I can't. The resultant was that, I wore a one piece red swimming costume. I was very happy with my character in the film, because my character in it is totally opposite to what I did in Issaq. I just did not want to get typecasted.


You mean to say that you are not comfortable wearing a bikini?

Not yet. I am not that type of girl who will openly come out with an overtly sexy image.


How did you react when you got to know that you are doing a film with an invisible hero?

I was excited to the core. At the same time, I was very concerned about how are they going to pull it off! Even in the song 'Tu jo hai', where I am 'romancing' Emraan Hashmi underwater, the fact was that there was no one at all! I was making out with nothing under water! I had to pretend that there was Emraan Hashmi in front of me. Let me also add that, the end results are simply unbelievable!

Can you please elaborate on your role in Mr. X?

I can't speak anything else about my role, except for the fact that my role is very important for the movie. I am the basic reason as to why Emraan does the things that he does and why he becomes the bad guy that he becomes. The film shows us both (Emraan and me) being in love with each other initially, and then, something happens and she wants to hunt him down.


With Emraan Hashmi doing a 'Mr. India' act in Mr. X, do we expect you to do a Sridevi dance in Mr. X?

Noâ€¦ I am not even there in the item number (laughs).


How was it working with the Bhatts and Emraan?

Even though the feeling was really awesome to work with the Bhatts, I still become nervous whenever I am with Bhatt saab. On the sets, no one treated me like a newcomer and everyone made me feel very accepted. This (Mr. X) was one of the most comfortable sets that I have ever worked on.


From your modelling days to Bollywood, how would you describe your journey?

I would like to sum it up in just two words 'A struggle'. Before Issaq happened in my life, I was getting rejected left, right and centre. After Issaq happened, life changed and how! I just couldn't have asked for anything more.


Did you ever feel the fear of getting ignored amidst the Emraan's superstardom?

Emraan Hashmi is someone who has been in the industry for almost a decade now. He is worthy of all the adulations, attention and respect that he gets. Never ever did I have the feeling of being ignored amidst the Emraan's superstardom. On the contrary, they all (Bhatts and Emraan) gave all the attention to me. About Emraan, let me tell you that he is a very cool person.


Having acted in South films, how do you deal with linguistic issues?

I have always been a good 'student'. I tell the respective filmmakers to tell me the lines, which I write it down in Hindi and learn it.


Who would you credit your career's success to?

Undoubtedly, my mother! She is someone who has genuinely supported me from the very beginning. Whenever I used to come from a bad audition, she was there to hold my hand and tell me "Don't worry beta, ho jaayega". Trust me, these words meant the heavens for me and they used to propel me up to do better in life.


What are your future projects?

All that I can tell you right now is that, I am deciding between a Bollywood film and a Telugu film. The moment I finalize that, I will surely inform you.


Lastly, do you have a three film deal with the Bhatts?

Of course! But, it's non-exclusive!