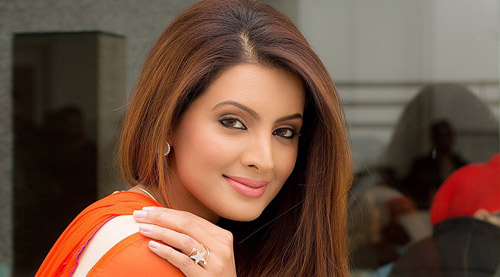 Geeta Basra is back, and she is making a worthy appearance as Gippy Grewal's 'first wife' in Second Hand Husband. For the UK girl with Punjabi roots who has made Mumbai her home for close to 10 years now, it was about time that she did something altogether contrasting when compared to The Train (with Emraan Hashmi) which fetched her quite some acclaim in the bold negative portrayal of a scheming person. Not willing to be typecast in similar characterization, Geeta decided to wait and watch before something altogether contrasting came her way. This is when a family comedy Second Hand Husband came.


When you decided to do a movie after a break, it must have been a big decision?

I always believe that it is quality of work and not quantity of work that matters. Especially when you are not from the film industry or that background, you don't get too many chances. You got to take the right decisions. I am glad that I have taken right decisions. What's the point in doing films for the sake of it? I wasn't happy with the kind of scripts that were coming to me. When The Train came to me, I was just two years in India; after that I didn't know what to do. It was destiny that those films came to me. However, after that I started getting a hang of getting right films.


Still, you stayed on to be choosy.

As I said, I still had to make the right decisions. Moreover, being an actor is not just about your own decision, there has to be so much behind you. There has to be a right manager, right marketing, right team; I didn't have anyone to turn to for the right kind of advice. Then I went back to UK for a while. I came back and got a good song on Zila Ghaziabad.


So what was that special something about Second Hand Husband that made you go for it?

I was looking for a right script and the right set up. Everything that came to me after The Train was so similar. As an actress, it was so early in my career to play a negative role, but I nevertheless did that in The Train. It was a bold decision for me. After that, I didn't want to be typecast. I didn't want to get slotted into a certain category where people say that these are the only kind of roles she can do. Since I had age on my side, I worked on myself. I am glad I made the right choice with Second Hand Husband.


For a film with Second Hand Husband as a title, you are the first Wife of Gippy Grewal. That must be thrilling.

It is such an amazing role. I just love the characterization of Neha. There is no similarity between her and me as a person. That said I loved the fact that she is Punjabi, carefree and bindaas. This part has such huge potential of showing my acting skills. It is not just about looking good; there is a lot of masti that she can do as a character. I am carrying a quintessential Punjabi Indian look which would change the perception of my fans. Secondly Smeep Kang as a director is great as he is big in Punjabi films. We had been looking at working together. Moreover, there is Dharmendraji in the film. That's a huge high in itself.