Bollywood star Hrithik Roshan, who already carries the moniker "Greek God," has been dubbed the decade's sexiest Asian man. His rock-solid abs, chiselled jawline, dreamy eyes, and angelic face make him unquestionably one of the most attractive guys. Bollywood star Hrithik Roshan appears to have both acting talent and, one would say, an envious sense of style. When he's travelling, you'll notice that he prioritises jackets, joggers, and basic clothing above casual wear and tuxedos for red carpet appearances like the most stylish man alive. If you're wondering what looks to be a winner in his wardrobe, one that warrants a shout out is an amalgam between white and black. His fashion graph has undoubtedly been gratifying to the heart and the eyes. He is an unstoppable supporter who thinks that white and black can be performed in a variety of ways, and he has once more proven his passion of black and white. 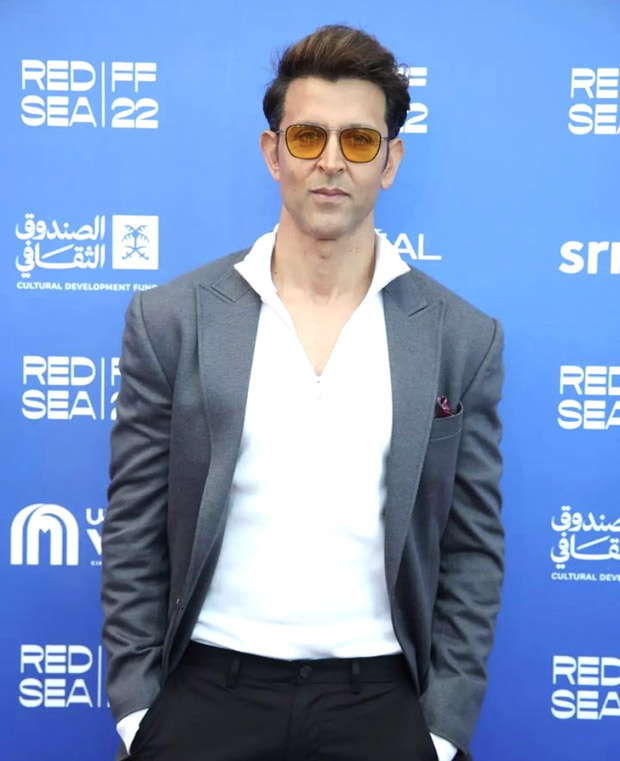 The Red Sea International Film Festival, which started on December 1 and runs through December 10 this year, is now taking place in Jeddah, Saudi Arabia. A number of well-known Bollywood stars, including Ranbir Kapoor, Priyanka Chopra, AR Rahman, and Shah Rukh Khan, have marked their appearance at the illustrious event. The most recent addition to the list is Hrithik Roshan. The Guzaarish actor was seen attending the event dressed in a grey jacket over a white shirt and black pants. His shirt has a front zip and a ribbed collar. He completed his outfit by adding a pocket square to his blazer and donning his sunny yellow sunglasses. He had a fresh-shaven appearance, and his hair was neatly styled. One cannot overlook the true charm hiding underneath the Krrish actor's prim and proper looks. 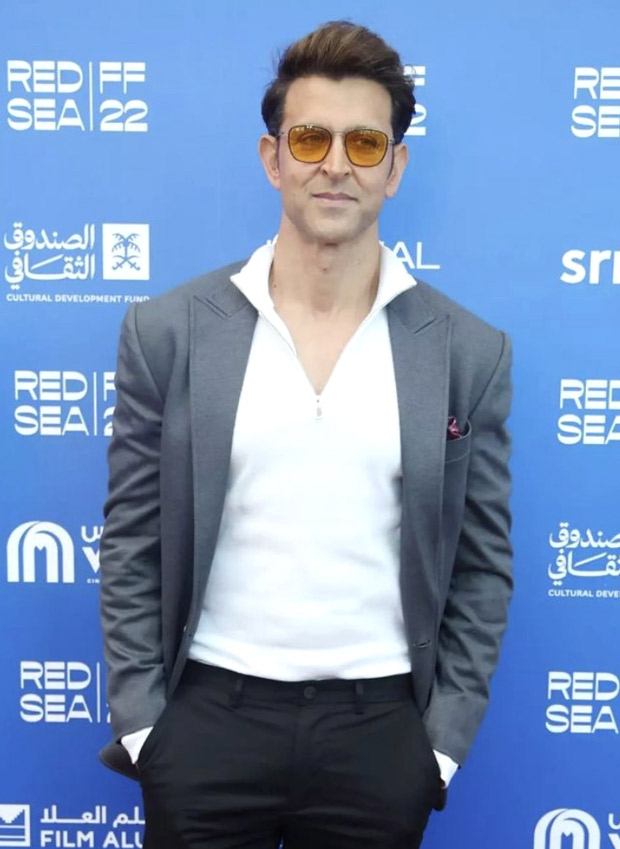 Meanwhile, on work front, he was seen in Vikram Vedha alongside actor Saif Ali Khan. Hrithik will star next in Siddharth Anand's action film Fighter, alongside popular actors Deepika Padukone and Anil Kapoor. 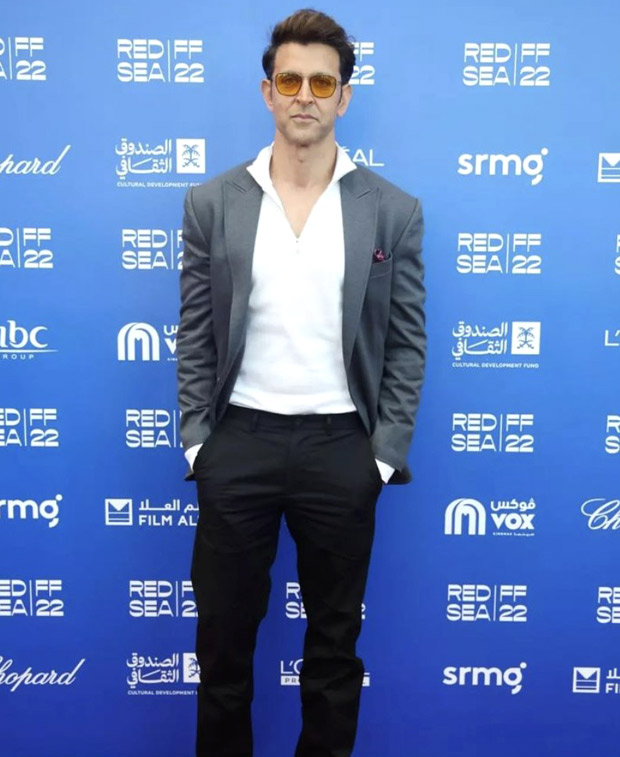