For anyone growing up in the 90s, Dilwale Dulhania Le Jayenge was the epitome of romance. The film which has broken records and still has a matinee show daily at the iconic Maratha Mandir theatre in Mumbai has been a cinematic benchmark for romance. Guneet Monga earlier this week, took to social media to express how deeply “spoiled” and inspired she was by SRK and his signature romantic style. 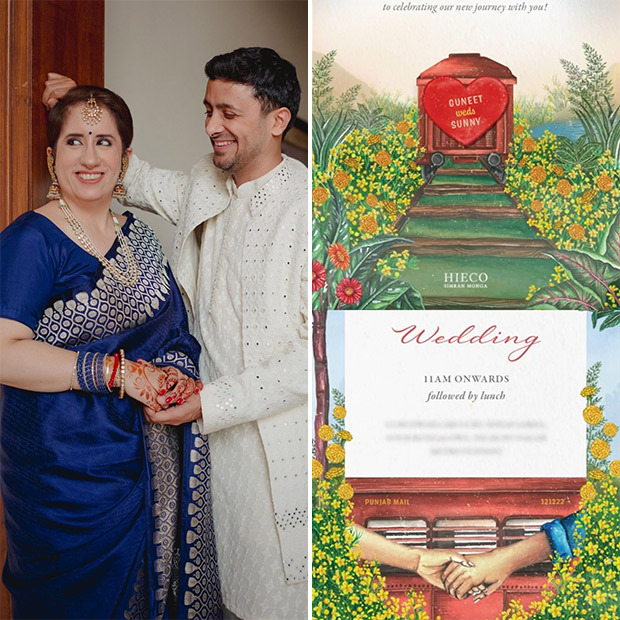 Having found her life partner in Sunny Kapoor, with whom she’s been engaged for a few months, their wedding invite is borrowed with nuances and elements of DDLJ. The invite has iconic elements like the fields, the train, and such elements to reflect the film and it's impact on their love story.

For the unversed, Guneet and Sunny are all set to tie the knot on December 12, and their wedding festivities will start from tomorrow onwards, that is December 10. Guneet had earlier also shared a heartfelt filmi note about her love story while paying tribute to the all-time classic Dilwale Dulhania Le Jayenge.

“Anyone I dated, I ran to my friends to tell them this is it, I found my partner for the rest of my life. Some even indulged me a couple of times but mostly rolled their eyes and wanted to say, ‘Guneet please just take your time.’ I never wanted to take my time, my magical forever started from Day 1. I was ready to commit from Day 1!,” read an excerpt of her letter to her Raj, Sunny Kapoor.

Concluding her note, the producer added, “As cliche as it sounds, when the time is right, the universe makes it happen. I’ve found my Raj! Bade bade deshon mein chhoti chhoti baatein, hoti rehti hain,” in the caption of her Instagram post.

Also Read: Guneet Monga writes an EMOTIONAL letter ahead of her wedding, “I have found my Raj!”