Kartik Aaryan and Sara Ali Khan have been having a ball during the promotions of Love Aaj Kal. The duo is gearing up for their first release together and they are clearly on cloud nine with excitement. The fans have really appreciated their pair in the trailer and are totally rooting for them. While the duo can’t stop posting boomerangs of each other from behind-the-scenes, the fans have been going gaga over their chemistry! 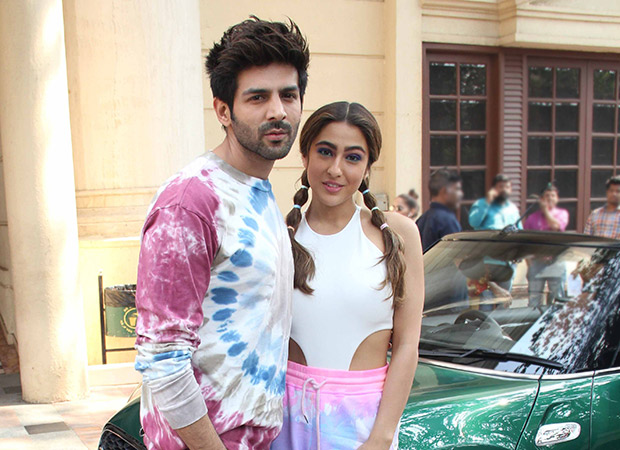 Kartik recently posted a rather funny boomerang where Sara Ali Khan is talking while Kartik makes a face. Kartik has promised in his caption that his expressions are only because of the food, but we don’t believe him. Take a look at the video that he posted with the caption, “I promise you My expression is becoz of the food !”

I promise you My expression is becoz of the food !

Love Aaj Kal is slated to release on February 14 with Imtiaz Ali donning the director’s hat.

Also Read: When Kartik Aaryan got caught with his girlfriend and introduced her as his cousin sister!