Actress Swara Bhasker often gets trolled on social media for voicing her strong opinions. The actress is also among the one who can sportingly take a joke on herself. Recently, the actress attended the screening of the film Section 375 and decided to do her own makeup. The actress had a blast trolling herself with the end result of her makeup. 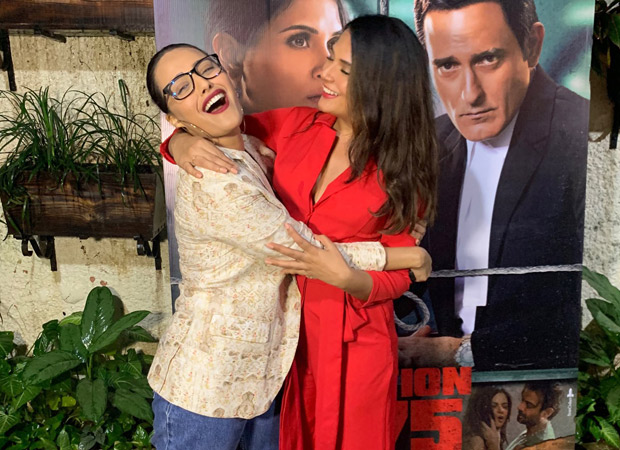 The actress sported a pair of jeans with a spaghetti top. She completed the look with a chic blazer. However, she went a little overboard with the makeup and admitted to it in her Instagram stories. The actress looked visibly fairer than her usual skin tone in the pictures from the event.

Sharing photos of herself from Sunday evening on her Instagram story, Swara wrote: "When you do your own make-up and go bat-s*** crazy with the powder!" In another one, she added: "Can't decide if I was going for the Geisha look or was I trying to channel my inner Joker!?" She also added these hilarious hashtags to her Instagram stories: "#WhenIdomyownmakeup" and "#Makeupdisasters." 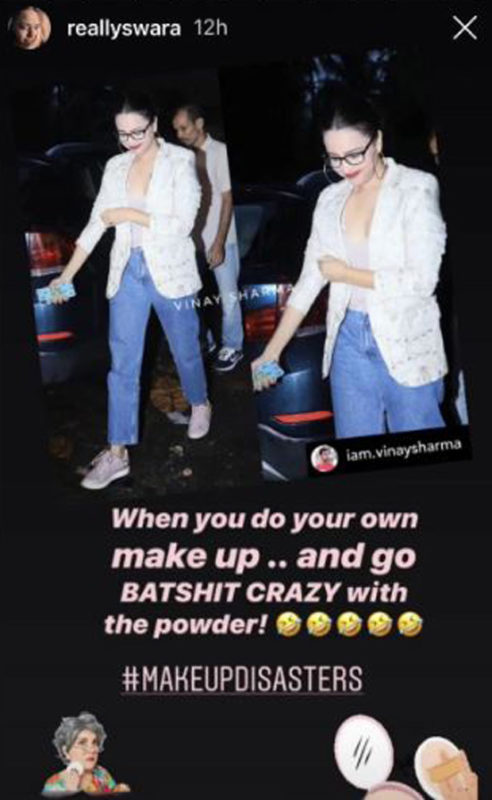 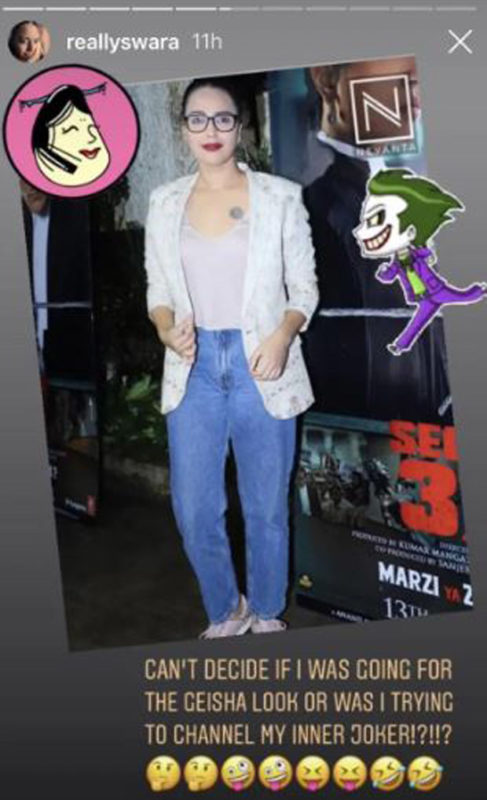 Swara Bhasker caught up with Richa Chadha at the screening of the latter’s film Section 375. Richa will be seen alongside Akshaye Khanna in the courtroom drama Section 375 which is slated to release on September 13.