In what seems to be one of her most candid interviews, De De Pyaar De actress Rakul Preet Singh had an exclusive interview with Bollywood Hungama where she not only expressed about her favourite actors etc. but she also spoke about her experience of working with her co-stars too. During the same, Rakul was confronted with a few questions regarding her co-stars and colleagues and not surprisingly, the actress had some very interesting responses to it. 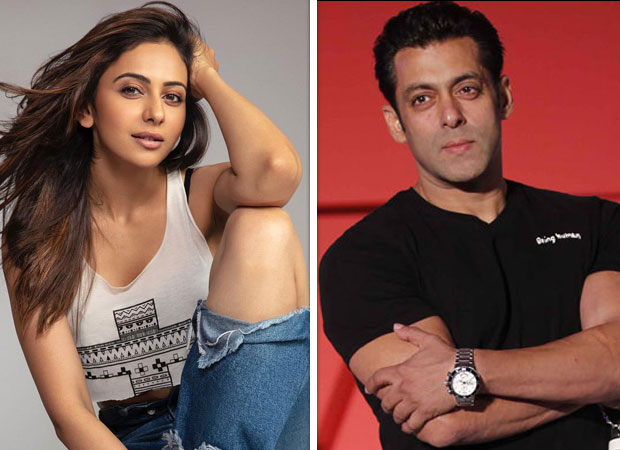 In a segment during the Bollywood Hungama interview, Rakul was asked what will be the questions she would ask these actors after they were given a truth serum. Amidst a hoard of actors like Saif Ali Khan, Ranveer Singh, Rakul was asked what would she ask Salman Khan if the latter was given a truth serum. She replied, “I don’t think I can tell what I really wanna ask him.” When prodded further, she added, “No no… not on camera.”

Talking about other actors, Rakul Preet Singh revealed that she would like to ask what does Saif Ali Khan and Ranveer Singh eat! Well, the reason she would ask Saif is because his son Taimur is so cute and it is quite obvious that he gets good looks from his father and mother. So she wants to ask both of them what they eat! On the other hand, she would ask that to Ranveer because she wants to know the source of his energy. In the same breath, she also added that she is a fan of the Gen Y superstar!

On the other hand, Rakul Preet Singh also has some interesting questions for De De Pyaar De co-stars Ajay Devgn and Tabu. While she would ask her male lead why he didn’t prank her, considering that he is known for his pranks, she would like to ask Tabu the tricks behind how she is such an effortless and fab performer.