Although she has been a popular face in Bollywood, 90s was the time we saw Rambha feature in many films. However, her journey down South continued even after she disappeared from Bollywood. Now, the happily married actress who is the mother of two lovely kids is pregnant for the third time. 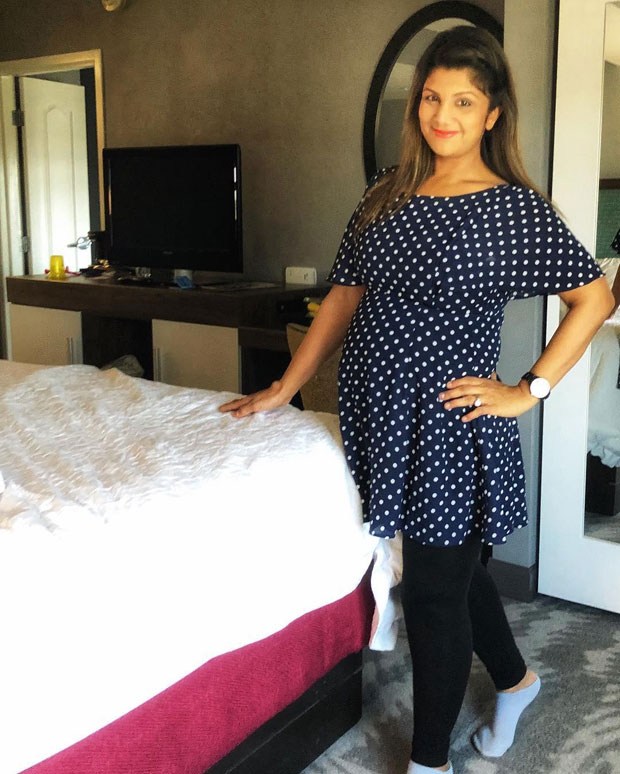 Not just that, Rambha, like many actresses from Bollywood was not only thrilled with the news but also shared it on social media. The actress shared a picture of her posing with the baby bump and even captioned it beautifully.

Having acted with actors like Salman Khan and Govinda, Judwaa has been one of the most remembered performances of the actress. She played the role of Prem’s love interest in this Salman Khan starrer. It was reprised by Taapsee Pannu in the remake of Judwaa 2.

Besides that Rambha is also known for films like Bandhan, Gharwali Baharwali, Beti No. 1, Jaani Dushman: Ek Anokhi Kahani among others. The actress has acted in over 50 films in languages like Tamil, Telugu, Malayalam and also Kannada.

On the personal front, Rambha tied the knot with Indrakumar Pathmanathan in 2010 and is a mother to two daughters Laanya and Sasha. While her marriage was considered to be in rocks in 2016, the duo later decided to arrive at a consensus and live together. And the now happily married actress decided to share this good news with fans on Instagram!