Actor Hema Malini and daughter Esha Deol may not be actively working in films but they often work together for a special occasion. For Ganesh Chaturthi, Hema and Esha Deol prepared a special dance performance and recorded it from their home. 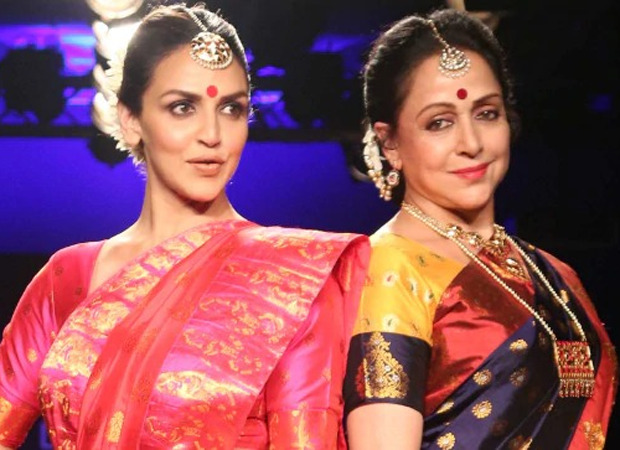 As a part of a special event on August 30 on Star Plus, Hema and Esha came together for classical performance and were dressed in traditional outfits. Hema Malini shared the video and wrote, “With great delight I bring to you Our #classical #danceperformance For #StarParivaarGaneshotsav. Tune in - 23rd August at 8pm on StarPlus and Disney+ Hotstar to watch @imeshadeol & me perform.”

With great delight I bring to you Our #classical #danceperformance For #StarParivaarGaneshotsav Tune in - 23rd August at 8pm on StarPlus and Disney+ Hotstar to watch @imeshadeol & me perform. @starplus and @cineyug @disneyplushotstar

"On the auspecious occasion of Ganesh Chaturthi, I along with my daughters @imeshadeol and @a_tribe have sung the special Ganesh vandana- Pranamya Shirsa Devam and Vakratundya Mahakaya... Wishing you all Happy Ganesh Chaturthi in advance," Hema Malini posted a teaser a day ago.

#FirstLook: On the auspicious occasion of Ganesh Chaturthi and for the first time ever, I along with Esha Deol and Ahana Deol have come together to sing! 'Pranamya Shirsa Devam' is releasing tomorrow. ✨ Music: Amit Padhye In association with Lalbaugcha Raja ???????? Video: Jay Parikh __ @imeshadeol @a_tribe @amitpadhye99 @lalbaugcharaja @jayparikh1212 @timesmusichub @timesmusic.spiritual

As it turns out, the recordings were separately and later superimposed. Esha Deol told a daily that they did rehearsals via video calls. Later, camera teams came to their respective homes and filmed their performances for the Ganesh Chaturthi special.

ALSO READ: Esha Deol is enjoying the simpler times which reminds her of her childhood