Aaradhya Bachchan is definitely the apple of the eye of the Bachchan household. The young girl is also known for her heartwarming and loving nature as grandfather Amitabh Bachchan often refers to her in his blog. Now, Aaradhya Bachchan seems to have made father Abhishek Bachchan emotional with her sweet gesture. 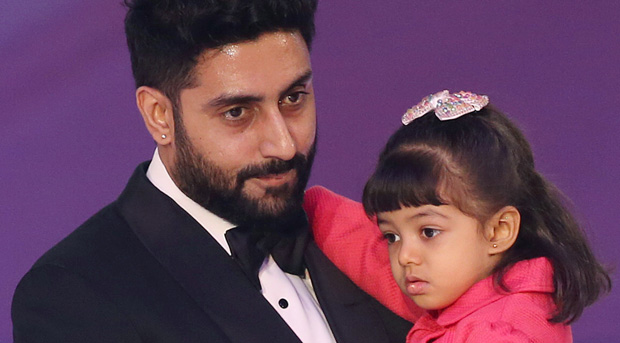 It is a known fact that for the past couple of months, Abhishek Bachchan has been busy with the shoot of Manmarziyaan. He has been away from home for about two months and the lovely Aaradhya seems to have missed him back home. Now, that he has returned to Mumbai, Abhishek decided to resume work in his office. When he arrived in his office, he was left overwhelmed when he saw his daughter post this message. 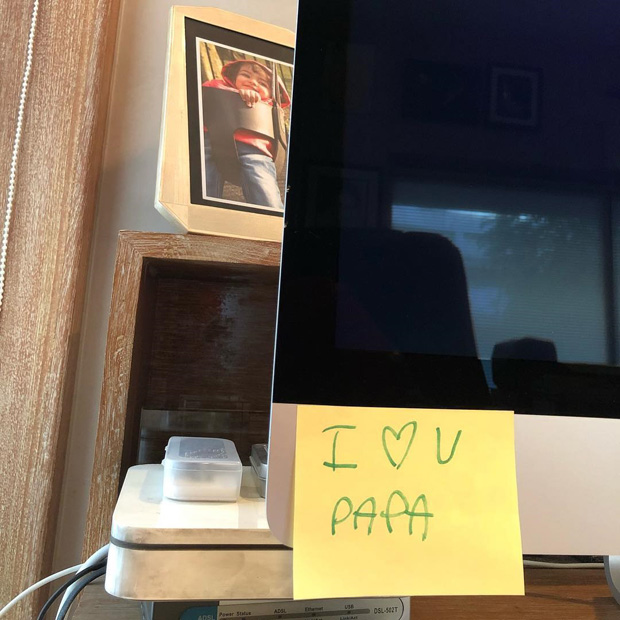 Thrilled to see this note from her daughter, Abhishek Bachchan took to Instagram to share a note along with this picture. He said, “When you get back to office after over 2 months and the daughter has left you a note. #mydaughterbestest.” Well, truly this sweet gesture of Aaradhya Bachchan was indeed heartwarming, we had say!

On the film front, Abhishek Bachchan will be seen as a Sardaar in Manmarziyaan. The film stars Taapsee Pannu as an aspiring hockey player along with Vicky Kaushal playing the male lead. Directed by Anurag Kashyap, the film is produced by Aanand L. Rai and it is slated to release on September 7 this year.