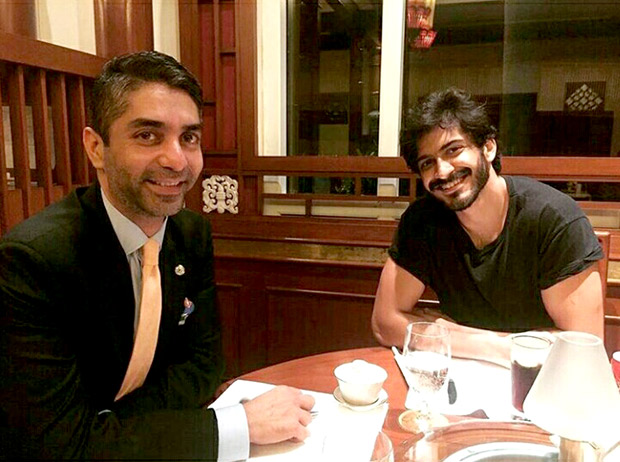 Harshvardhan Kapoor, the youngest one of the Kapoor clan, made his movie debut last year with Rakeysh OmPrakash Mehra's Mirzya. Although the film didn't receive much success at the box office, Harshvardhan’s performance was praised and the actor already has quite a few projects in the pipeline.

One of the films that Harshvardhan Kapoor will be doing is a biopic on Olympic gold medalist Abhinav Bindra. While it was a speculation, Harshvardhan has finally confirmed that he is, indeed, doing the film. Sharing a photo with Abhinav Bindra himself, he wrote, "Beginnings are very special. Especially when you get to play a character that has made the nation proud on world stage. I am stoked to have been chosen to play #AbhinavBindra and hopefully will do justice to the man, the legend!”

Interestingly, it has been reported that Anil Kapoor will be playing the role of Harshvardhan Kapoor's father. Although the talks were on, the actor is yet to confirm.

Meanwhile, Harshvardhan Kapoor will be next seen in Vikramaditya Motwane's Bhavesh Joshi.