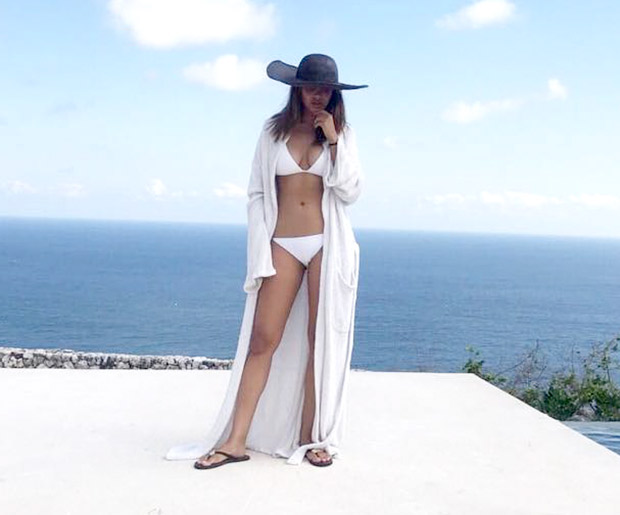 Of late, Esha Gupta has grabbed headlines owing to her sizzling photoshoots on social media. From semi-nude to bikini clad pictures, the actress continues to ooze hotness on this platform and recently shared yet another set of pictures from one of her recent holidays.

With sea as the backdrop we saw Esha Gupta posing near an infinity pool in a white bikini, an oversized hat. In fact, amongst the couple of images she shared on Instagram, she also posted one of the pictures where she was seen wearing a long white cape over the bikini. The actress also gave ‘photo credit’ to her hair stylist and makeup artist Mehak Oberoi for clicking these pictures. 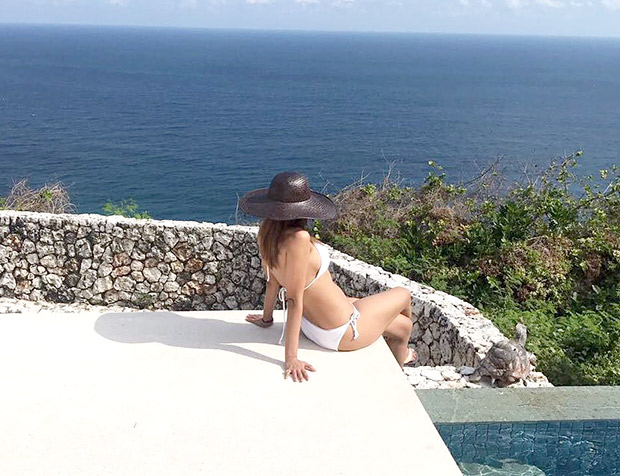 On the work front, Esha Gupta was last seen in Baadshaho which co-starred her with Ajay Devgn, Ileana D’Cruz, Emraan Hashmi and Vidyut Jammwal. The film was directed by Milan Luthria.