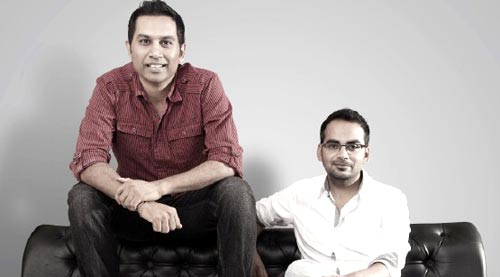 Happy Ending has released and found some extreme views coming its way. Since the films plays with the cliches, it eventually finds the same route which is 'time and again successful', just as the airport chase sequence which - for reasons unknown - never fails (as exclaimed by one of the characters in the film).

While reports continue to trickle in, a couple of points that are most prominent are the ones centered on the film spoofing Bollywood and then following the romcom formula while trying to beat it for a good part of the narrative.

In your mind, were you designing a spoof in Happy Ending?
We won't call that a spoof per se but yes, the idea was that the movie doesn't take itself seriously. This is the reason why the film is neither a spoof nor a drama. There is a bit of satirical humor also, like the kind where Govinda goes on to get a six pack. It is little things like these that we worked on for Happy Ending.

How honest is Happy Ending to its genre? After all, it is making a statement on the clichÃ©s related to romcoms and then presenting them back to the audience.
The idea was simple - 'Do not present the film as a typical comedy'. If you notice, the characters are very grounded and real in there. In principle, this is a light and frothy film which doesn't take the drama route. It is not a love story either. (Laugh) So, it is not a 'romedy' that Armaanji (Govinda) wants from Saif. We haven't put in anything heavy out there. Also, since personally we look at the lighter side of things, even in our film if Saif is sad then instead of going into the 'tanhai' mode, he switches on to 'Paaji Tussi Such A Pussy Cat'. That sets the tone for the film.

Saif Ali Khan has found some good reviews again for delivering what is expected out of him. Was he just himself or you had to actually work on him?
Saif is an actor who would do anything if he bites into the character. Once he was bought into the part that he was playing, he was fine with everything. Yes, in jest he would sometimes tell us that 'Hey, what you are making me do'. But then immediately after he would exclaim - 'Let's go for it'. He isn't someone who is self conscious at all. Even in real life he is so much candid and honest in his views. He is very articulate and being so well read helps too. When he was asked to play his age, something which is a big deal for many other actors in our industry, he was game for it.