2018 is turning out to be one of the most profitable years for Bollywood in living memory. With as many as 10 hits, four of them blockbusters, this looks like one of the best years in living memory for Hindi cinema. Here’s looking at the hits and semi-hits of the year. 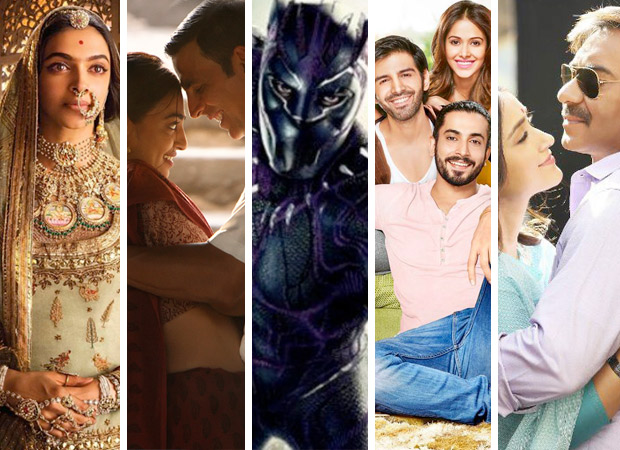 1. Padmaavat: 2018 opened with non-starters like Mukkabaaz and Kalaakandi. But Republic day proved to be a smasher with Sanjay Leela Bhansali’s Padmaavat overcoming all the political hurdles to cross the Rs 300 crore mark in spite of being banned in four stated. Try beating that.

3. Black Panther: The fastest-earning 100-crore Hollywood super-hero film in India proved that the foreign invasion in Bollywood is a throbbing reality. Interesting the letter ‘P’ was common to the first three hits of the year.

4. Sonu Ke Titu Ki Sweety: Who would have thought that this ode to bromance and muted misogyny without any A-list stars would become a blockbuster?! Luv Ranjan’s racy film has catapulted Kartik Aryan to the top league, though it has done nothing much for the other two leading stars Nushrat Bharucha and Sunny Singh. Kismat ke khel.

5. Raid: Rajkumar Gupta had been vegetating ever since Ghanchakkar proved a crippling fiasco five years ago. He bounced back with this real-life tale of an income tax raid conducted on a don-politician in Lucknow by a self-righteous civil servant. Raid proved hugely profitable for its producer Bhushan Kumar while again proving Ajay Devgn to be a dependable star. 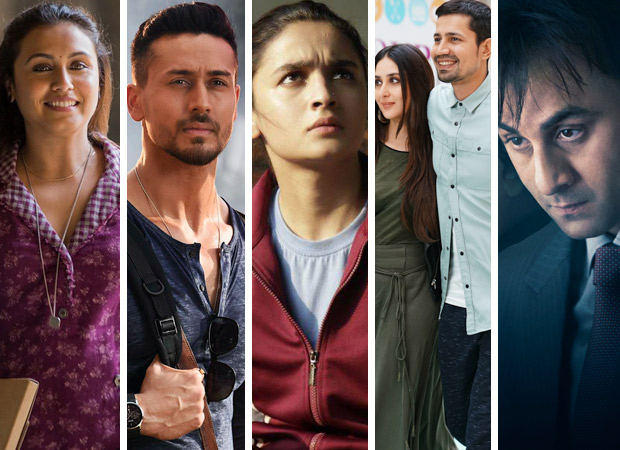 6. Hichki: Siddharth P Malhotra’s moving effort to bring to India the rare disease Tourette Syndrome. It proved that the female hero, in this case Rani Mukerji has room at the Indian box office.

7. Baaghi 2: This year’s second biggest blockbuster was an unrecognizable remake of the Telugu hit Kshanam. The film’s roaring success catapulted Tiger Shroff to the top league.

8. Raazi: Take a bow, ladies. Director Meghna Gulzar and her leading lady Alia Bhatt fashioned this year’s most unexpected success. Alia Bhatt played an Indian spy who marries into a Pakistani family to gather military intelligence. Who would have thought that this film would become such a favourite of the year?

9. Veere Di Wedding: The ladies again! Whooping it up like never before, the chick flick walked up the box office ramp and collected the loot.

Also Read: Who is Sanjay Dutt’s best friend in Sanju? It is not Paresh Ghelani