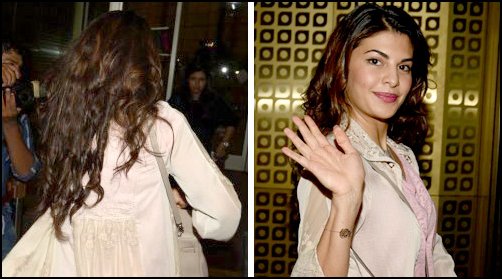 With the weekend coming to an end and all of us gearing up to return to work, let's make the Monday a little more interesting with our weekly dose of entertainment, Guess Who?


Hailing from a foreign country, this former beauty queen may have found it difficult to establish her foothold in Bollywood during her initial days but now, she has become one of the most sought after actress in the industry. Though her debut, a fantasy film did not receive enough appreciation, she continued her stint in the Hindi film industry with her share of highs and lows, and was a part of some of the biggest sequels. Later, her film with a certain superstar re-established her image as an actress and now she not only has a galore of films but it is with the latest Gen Y stars in Bollywood.


If you think you know who we are talking about, then go ahead and give this week's Guess Who a shot and post in your answers below.