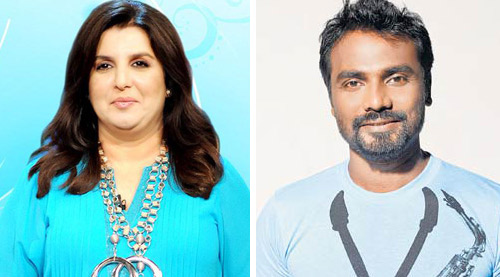 It's never been easy for dance directors to turn feature directors, until Farah Khan broke through with Main Hoon Na. India's first successful film directed by a choreographer. Now there's Remo D'Souza hip-hopping to the crest of success with ABCD and its sequel ABCD 2.


Prior to Farah every choreographer who tried his or her hand at direction, failed. Following is the list of choreographers turned directors.


1. Kamal Master: One of Bollywood's legendary choreographers known to work closely with Rekha on her most iconic dance numbers, turned director to launch his son Irrfan Kamal. The film Chahoonga Main Tujhe was a disaster, killing Kamal's career and his son's in one go.


2. Chinni Prakash: Directed Ghoonghat in 1997 with Ayesha Jhulka in the lead. The unseen (almost) film, a satire about a housing colony filled with oddballs, had little dance and lot of dunce. No wonder it was the beginning and end of Chinni's career as a director.


4. B H Tharun Kumar: Did a disastrous remake of the 1960's classic comedy Padosan. Titled Nayi Padosan, the film was almost a culpable crime against the original comedy and reason enough to put a ban on remakes for all times.


5. Ahmed Khan: Directed Fool 'n' final and Lakeer which turned him into a fakeerâ€¦almost. He is now wisely focusing on his extremely successful choreography.


7. Remo D'Souza: Will continue to choreograph extensively while directing films once every two years. Way to go, Remo!