Last Updated 08.02.2023 | 8:03 PM IST
feedback language
follow us on
Bollywood Hungama » News » Bollywood Features News » Govinda Naam Mera star Bhumi Pednekar opens up on her role; says, “Delivered some of the most cracking dialogues that I have seen on screen in recent times”

Actress Bhumi Pednekar plays Vicky Kaushal’s hottie wife in Shashank Khaitan’s Govinda Naam Mera. The young actress, who has become a force to reckon with in Indian cinema with stellar performances in every film that she has done so far, has been getting praises for her acting in the film, and especially for the mike-drop moments due to her hilarious dialogues! 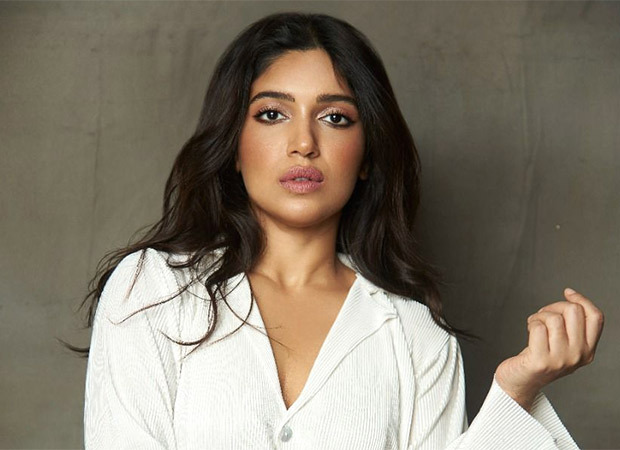 Govinda Naam Mera star Bhumi Pednekar opens up on her role; says, “Delivered some of the most cracking dialogues that I have seen on screen in recent times”

Bhumi is thrilled that the makers have empowered her character to deliver the punchlines on screen because it changes the status quo in the industry because a man used to always mouth the best dialogues in a genre like romantic comedy!

Bhumi says, “I honestly have loved delivering the punches in the film and I have to admit that I have been given some of the most hilarious punchlines by Shashank! What I love the most about my dialoguebaazi in Govinda Naam Mera is that they are from the heroine’s side and that’s refreshing for a romantic comedy in the Hindi film industry because traditionally only heroes used to get all the great dialogues in a genre like this and make people laugh.”

She adds, “I’m glad that my producer Karan Johar and my director Shashank Khaitan thought of subverting the norm and empowering a girl to deliver some of the most cracking dialogues that I have seen on screen in recent times. Gauri Waghmare is literally one of most favourite characters that I have played on screen.”

About her character, Bhumi further adds, “She is an equal to a man and constantly reminds a man that her gender doesn’t make her inferior and that she is the master of her own actions and decisions. I hope I can entertain everyone with this role and audiences laugh their hearts out when they see the film.”