After over a month of anticipation, popular Korean pop group GOT7, consisting of members JB, Mark, Jackson, Jinyoung, Youngjae, Bambam, and Yugyeom, has dropped their pre-single 'Breath' ahead of their album release 'Breath of Love: Last Piece' at the end this month. After dropping the announcement poster, the septet has released three teaser images followed by individual teaser photos, the tracklist, and the pre-single teaser of the self-produced album. 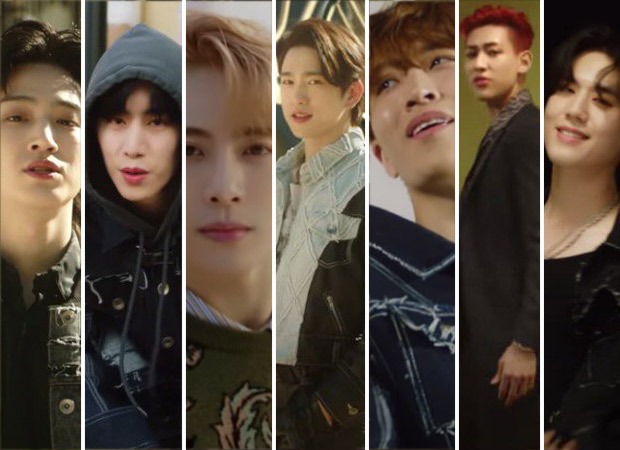 Kicking off the music video in the lane as the members of the group croon about their fateful encounter with someone that eventually turned into love. You see a callback to JB's recent gallery exhibition. The concept switches between day and night as you see them showcase their carefree attitude.

"You help me breathe / Deeper and deeper / You make me fly high / I feel it feel it." Composed and co-written by the group's vocalist Youngjae under his producer name, ARS, the Korean title for the song means 'You Make Me Breathe'. It seems to be dedicated to the fans (Ahgase or IGOT7) who help the members of the band feel loved and alive.

The group's leader JB (Jaebeom) has co-written and co-composed the title track 'Last Piece' under his producer name DEFSOUL. Rapper Mark participated in composing and penning the lyrics for the 'Born Ready' track.  Singer-songwriter-rapper Jackson penned, composed, and did the arrangement for the song 'Special'. The track 'Wave' has been co-written and co-composed by vocalist Jinyoung whereas rapper Bambam wrote and composed for 'Waiting for You' song. The youngest member Yugyeom, vocalist, co-penned and co-composed the track 'Now I'll Do It'.

'Breath Of Love: Last Piece' along with the title track 'Last Piece' releases on November 30, 2020.

ALSO READ: GOT7 unveils the first teaser of pre-single track ‘Breath’ and the septet looks captivating