After the groovy club number, Chandigarh Mein, the team of Good Newwz will release yet another foot-tapping track today. This time around, it’s a desi, wedding dance number titled 'Sauda Khara Khara'. The track is a remixed version of Sukhbir’s Punjabi hit number by the same name. 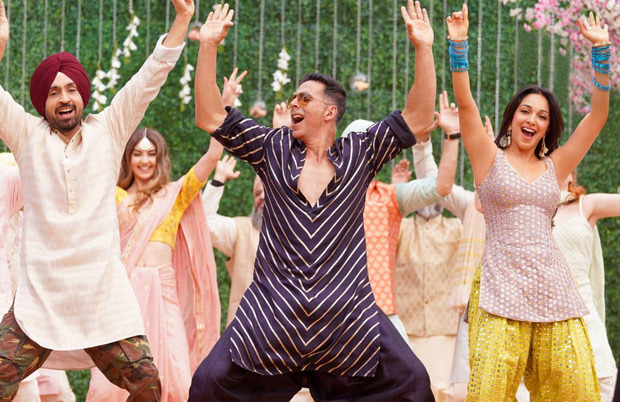 “I was looking for a song for a particular situation and when a team member played this track, I liked it. It was supposed to be filmed on Diljit Dosanjh, but when Akshay Kumar heard it, he wished to be part of it, too,” says director Raj Mehta. The song, which also features Kiara Advani, has been sung by Sukhbir, Dhvani Bhanushali and Diljit.

“Diljit is a popular singer and we thought that it was apt that he sings his part. It was a sight when Diljit and Sukhbir came face-to-face on the set. Diljit is a big fan of Sukhbir and he touched his feet as soon as he saw him,” remembers Raj. He adds, “The original, too, was a dance number, we have just made it peppier by adding some contemporary tweaks.”

The highlight of the song, Raj says, is Akshay’s naagin dance. “The song begins with Diljit making an entry as part of the bride’s entourage, while Kiara represents the groom’s side. Sukhbir paaji is seen as performing at the wedding. It is only towards the end of the song that Akshay arrives and breaks into a twisted naagin dance. He came up with the steps and we enjoyed shooting it, I hope that the audience also likes it,” says Raj.