Last Updated 16.07.2020 | 7:23 PM IST
feedback language
follow us on
Home » News » Bollywood Features News » Bollywood News GOOD NEWS: The pictures from the wrap up party of the film are all things happy!

Good News is an upcoming multi-starrer rom-com starring Akshay Kumar, Kareena Kapoor, Diljit Dosanjh, and Kiara Advani. The movie’s plot is based around a couple that is trying to conceive a kid. The cast and crew are thrilled that they have wrapped up the film. Diljit Dosanjh took to his Instagram to share some exclusive images from the wrap up party of their last shooting schedule. This movie will mark a reunion of Kareena Kapoor and Akshay Kumar after almost a decade. The pair was last seen working together in Kambakkht Ishq. 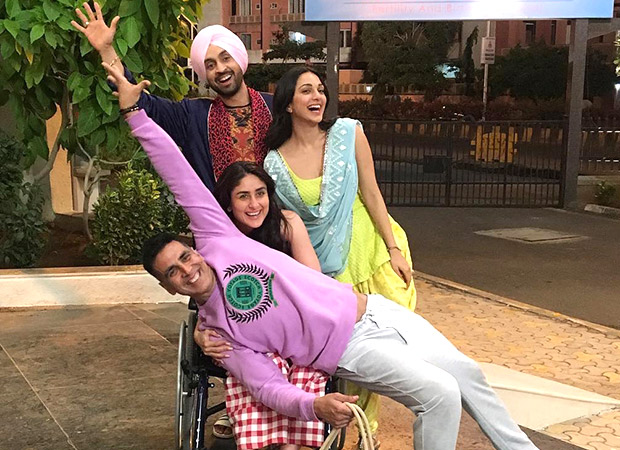 This multi-starrer is quite an anticipated one and has already created a lot of buzz among the audiences. Under Karan Johar’s Dharma Productions banner, Good News is slated to release on September 6, this year. It also has a reprised version of 90s popular track ‘Sauda Khara Khara’ originally sung by Sukhbir. The song is being mixed by DJ Chetas. The leads flew down to Delhi for special schedule just to shoot the song in a nightclub in Delhi.

How excited are you to see these guys entertaining us with their epic comic timing and chemistry? Be sure to let us know.

Hina Khan gives a befitting reply to a troll…