The 77th Golden Globe Awards were held at California's Beverly Hilton hotel on Sunday afternoon. At the star-studded event, alongside some of the global glamour world's best names, were Priyanka Chopra and Nick Jonas. It will be no exaggeration to say that the couple indeed turned heads. 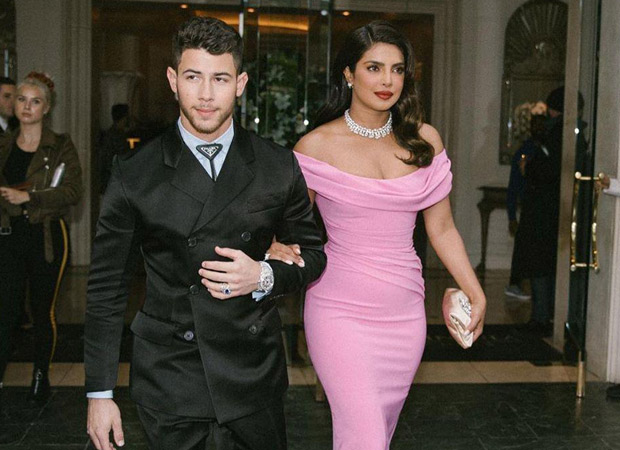 Priyanka opted for bright pink attire from the house of Cristina Ottaviano. That neat train accompanying her gown certainly makes it look so much better, and the ruched waist is a perfect complement to her bod. She teamed her dress with a Bvlgari diamond necklace, and a pair of ear-studs. She wore her hair in waves, and went for nude lips. Nick, on the other hand, looked suave in his black suit. While actor Ricky Gervais returned as the host for the Golden Globe night this year, both Priyanka and Nick turned presenters.

The couple was recently also seen attending the Vanity Fair pre-Golden Globes party, and had quite a gala time!

Priyanka was recently in the Bahamas to attend a Jonas Brothers concert, post which they returned home together. The actor recently flew to India to shoot for her first Netflix original, The White Tiger. She is also a pivotal part of Robert Rodriguez's We Can Be Heroes.